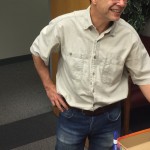 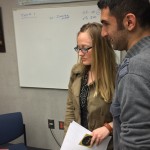 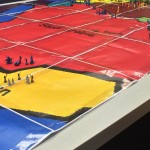 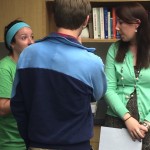 This year’s Foreign Policies of Middle Eastern States simulation, David Romano and his students focused on the Islamic State and the conflict in Syria and Iraq. Students took on the roles of the Assad regime, the Baghdad government, Iran, Turkey, the Kurdistan Workers’ Party, the Islamic State and other actors. Using a giant “Middle East RISK board” and pieces, those who failed to secure their objectives via negotiation could try “diplomacy by other means.” To help them, “Special Action Cards” were also available — which allowed students to do things such as accusing their enemies of being Zionist spies, launching terrorist attacks, getting positive al Jazeera news coverage or hosting U.N. monitoring teams in order to secure a lull in the fighting. 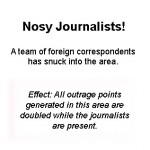 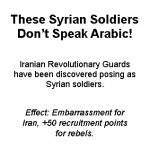 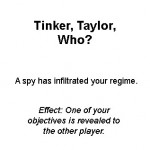 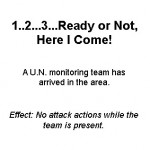