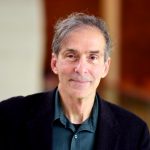 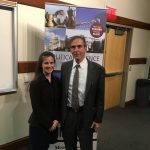 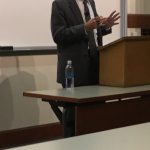 The Political Science department is happy to announce that Dr. James Ceaser will be at Missouri State University on October 19. Dr. Ceaser will deliver a public lecture entitled “Free Speech and Thought on College Campuses” at 4:00 PM in the Library Auditorium.

Professor Ceaser is the Harry F. Byrd Professor of Politics at the University of Virginia (UVA), where he has taught since 1976. He is the author of several books, including Presidential Selection, Liberal Democracy and Political Science, and Nature and History in American Political Development. Since 1992, he has co-authored a series of books on American national elections, with a volume appearing every four years. Professor Ceaser has held visiting professorships at several European universities.

In 1996, the U.S. Army awarded Professor Ceaser the “Joint Meritorious Unit Award for Total Engagement” for his role in helping to establish the George C. Marshall Center for European Security Studies in Garmisch, Germany. He has also served on the National Archives’ National Historical Publications and Records Commission and is a frequent contributor to the popular press.

In 2006, Professor Ceaser established the Program on Constitutionalism and Democracy at UVA, the mission of which is “to promote scholarship and undergraduate teaching that are informed by political theory and by the political science of the American Founding.”

Professor Ceaser’s lecture is supported by a generous grant from the Jack Miller Center that was obtained by Assistant Professor, Dr. Sara Henary.