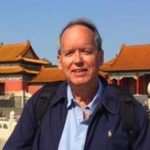 James Morris Endowed Professor of Political Science, Dr. Dennis Hickey, was quoted in a September 26th London Times article, “How Taiwan’s allies are being picked off by China one by one,” that focused on Taiwan’s continued loss of diplomatic allies.

According to Dr. Hickey, “Diplomatic partners are important to Taipei because they bolster claims that Taiwan is a sovereign state, they promote Taiwan’s interests in global forums, and they provide Taiwanese leaders with an excuse to visit America. The loss of all diplomatic allies would bolster Beijing’s claim that the Republic of China ceased to exist in 1949. It will increase the island’s international isolation.”