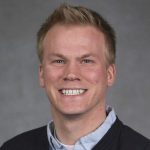 In The City of Mesa, AZ, things have moved slowly over the last several months. Financially there was a hit due to the immediate reductions in revenues into the City from COVID, but luckily over the last several years a stabilization fund was created in the anticipation of a potential market correction event that alleviated any large scale reductions. Mesa was also lucky to be a direct receipt of CARES funding, which allowed the City to immediately provide aid and relief to our Citizens in numerous ways.

Over the last year I have been serving in the role of a Special Projects Manager for our Public Safety departments: Mesa Fire & Medical and Mesa Police. For Mesa Fire & Medical (MFMD), I have been serving as the project manager on the planning and implementation of the transition of pre-hospital transportation (ambulances) from a private provider to a City delivered service. This has involved working closely with the City Managers Office, Office of Management and Budget, and MFMD on every aspect of building the program from the ground up. On the police side, most recently I have been working with the Public Records Units on workload analysis and process improvements.

I will transition over the next few months into a planning role looking at police deployment needs for the City in the immediate future and over the next several years as the City of Mesa continues to expand and is now the 35th largest City in the US. Watch out Fresno!