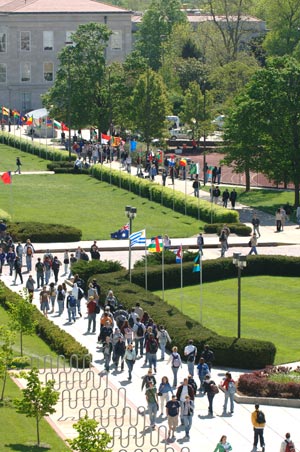 Missouri State University has a long tradition of, and strong commitment to, the concept of “continuous improvement.” That philosophy has led to productive changes over the years and is one of the reasons the University is so well-positioned today.

There are many ways we achieve continuous improvement. For example, we monitor and implement best practices, we measure ourselves against national metrics and we compare ourselves to benchmark institutions.

One of the best ways to encourage continuous improvement, however, is to gain independent perspectives from those outside the University. That is why we use and value peer reviews, accreditation visits, consultants and our annual financial audit by an external accounting firm.

This afternoon (Tuesday, October 19), we officially received another perspective when the state auditor released the audit report on Missouri State University. Also see the University’s official response to the audit.

We very much appreciate the time and effort that went into this audit, and we will seriously consider the various recommendations. As you will see from the report, we have agreed with many of the recommendations, and several have already been implemented.

Soon after I arrived, in anticipation of this audit report, I named a three-person committee to evaluate the audit and advise me on which of the recommendations we should implement. That committee has been formed and it will now begin its work. The members are: Clif Smart, general counsel (chair); Dick Williams, head of the school of accountancy; and John McAlear, secretary to the Board. Based on advice from that group, we will make changes and implement the recommendations that make sense for Missouri State.

We thank the state auditor for another perspective that helps us toward our goal of continuous improvement.