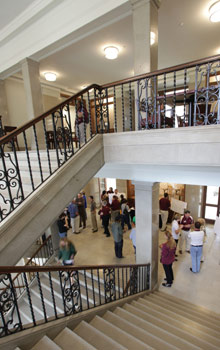 Today, the Board of Governors heard a report from the Presidential Audit Committee that is analyzing the state audit report released last October. The committee has developed an action plan. The university’s general counsel, Clif Smart, heads the three-person committee, which also includes Dr. John R. Williams, director of the School of Accountancy; and John McAlear, secretary to the Board of Governors.

The committee categorized the recommendations from the state auditor into three major categories: