In this issue of Clif’s Notes, I share information about our two new Board of Governors members, provide a progress report on our Higher Learning Commission accreditation, outline the action steps on sustainability, highlight the recently completed Our Promise campaign, announce Earle Doman’s retirement and give the charge for a task force on women’s athletics.

Two Missouri State alumni have been named as the new members of the Board of Governors. Carrie Tergin and Joe Carmichael were named to the Board on Jan. 9 by Governor Jay Nixon. They will come before the Missouri Senate for confirmation by early February.

Carrie Tergin, a lifelong resident of Jefferson City, will represent the 3rd Congressional District. She earned her business management degree from Missouri State University. Ms. Tergin is the third generation managing her family’s business, Carrie’s Hallmark Shop in downtown Jefferson City. She was elected to the City Council of Jefferson City in 2008 and still serves on the council, and she is involved in a number of civic and professional organizations.

Joe Carmichael, an attorney, is president and law firm manager for Carmichael & Neal, PC, in Springfield. He is from the 7th Congressional District. He received his bachelor’s degree from Missouri State with majors in French and business, and his Juris Doctorate degree from the University of Arkansas. Of particular interest, he was an associate professor in the Missouri State School of Business from 1976-79.

I believe both Ms. Tergin and Mr. Carmichael will be excellent Board members, and we look forward to working with them. One more time, I want to express my appreciation for the years of service by out-going Board members Elizabeth Bradbury and John Winston. 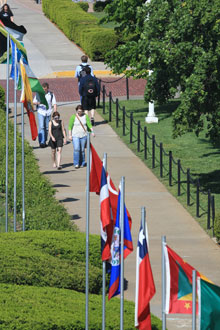 As you are aware, Missouri State University is accredited by the North Central Association (NCA) of the Higher Learning Commission (HLC) . We submit annual financial and enrollment reports to the HLC, and Missouri State participates in the “open pathway” for reaffirmation of accreditation. Our site visit will be in the 2015-16 academic year.

The open pathway requires the University to conduct a Quality Initiative Project (QIP). Our project — to evaluate student-learning outcomes related to public affairs — has been approved by a faculty review team trained by the HLC. The University’s Assessment Council is responsible for the QIP on our campus.

Faculty and staff may submit artifacts according to the guidelines posted for academic or co-curricular projects. If you have questions about the QIP, please contact our new assessment director, Dr. Keri Franklin.

On Friday, Jan. 11, we celebrated the successful completion of the comprehensive fundraising campaign: Our Promise: The Campaign for Missouri State University. In the seven years of the campaign, more than 73,000 donors contributed a total of $167 million for scholarships, programs, capital projects and other University needs. You may remember the original goal was $125 million, which was revised to $150 million.

For more details about the campaign, as well as the two final gifts we announced, I invite you to read the news release.

This is a significant milestone, especially given the economic climate of the past several years. It speaks to the strong feelings our alumni and friends — and many of you — have for the University. The campaign will have a positive impact for many years to come as it benefits students, faculty and staff in a multitude of ways. 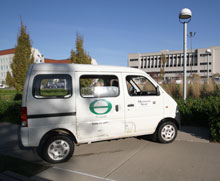 As you recall, the Board of Governors had a significant discussion on sustainability at its December meeting. Coming out of that meeting, we have identified an action plan:

I look forward to the results of these initiatives. I will keep the campus community informed by providing the same update in June that I provide to the Board. 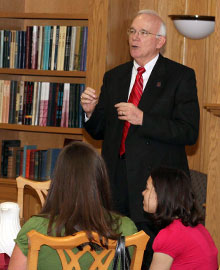 Earle’s first job after college was at Missouri State starting in 1976. He left in 1987 to work at Missouri Southern State University and then Arkansas Tech. He returned to Missouri State in 2000. Much has been accomplished under Earle’s leadership, and we owe him much. Missouri State is a better place because of his work. We will have several occasions to thank Earle prior to May 1.

I have appointed a search committee headed by Kyle Moats, director of athletics. We will begin a national search immediately, so we can have the new vice president in place before classes begin in fall 2013. Related, we will use this opportunity to review the student affairs unit to see if there are any organizational changes that would help us serve students better in the future. 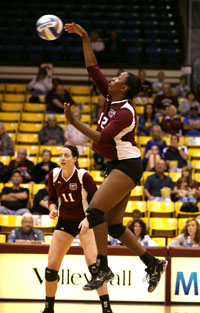 When it comes to intercollegiate athletics, Missouri State University operates under “Prong One” (proportionality) to comply with Title IX. Simply stated, that means that we commit to having the same proportion of male and female student-athletes as we have males and females in the undergraduate student body.

Therefore, I have created a task force to address this issue in two parts:

I will keep you informed about the work of and recommendations from this task force.

I hope you had a pleasant and restful holiday break. I welcome you back and look forward to working with you during another successful semester at Missouri State.

“When I saw (the show) was coming to campus to hold auditions, I knew I wanted to give it a shot,” she said. “I figured I had nothing to lose — there was no way they were going to pick me — I still can’t believe that they did!”

Letting go of her inhibitions, Chinesa revealed her goals to MTV’s casting crew: She wanted to be “made” into a salsa dancer.

“Chinesa was selected for many reasons, but mostly because we liked her story,” said Elizabeth Phelps, a producer for MTV. “She seemed to have a true passion for dance and was ready to make some changes in her life.”

Chinesa said the experience was life-changing. She said it helped her to discover her true abilities, and despite the challenges throughout it, she said it was worth it in the end.

“The whole thing challenged my body and my mind,” said Chinesa. “The thing that scared me the most, though, was being forced to break out of my shell and talk to strangers.

“For the first time in my life, I like myself,” she continued. “I actually feel like I am worth something and that I can actually do something.”

Chinesa said she is proud of her accomplishments. She said she is now more involved than ever, and is excited about the growth she has made and who she has become.

Although she valued her personal journey, Chinesa said there was nothing more rewarding than representing MSU to the nation. She said she enjoyed being able to show viewers the amount of support at the University.

“I absolutely love MSU,” she said. “So much about me has been formed by my five years here, and I will always be proud to say that I am a Bear.

“I hope that I represented our University well and that people will see what an amazing, supportive community we have here.”

Clifton "Clif" M. Smart III has served as the 11th president of Missouri State University since June 27, 2011. Smart is known throughout campus and the state of Missouri for his collaborative leadership and strong relationships with students, faculty and staff. During his tenure, the university has continually set new enrollment records, added degree programs and constructed or extensively renovated more than a dozen major campus facilities.

Before his presidency, Smart served as the Missouri State University’s general counsel.