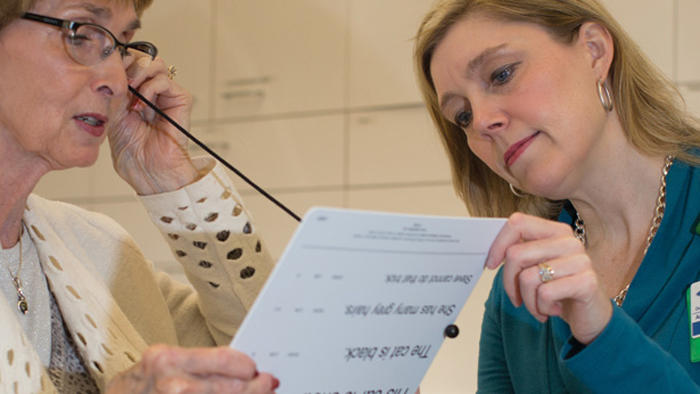 More than 90 percent of Missouri’s counties lack adequate access to health care professionals. At the same time, Missouri ranks among the top 20 states with citizens over the age of 65 who will require more medical care, and the number of elderly people with multiple chronic diseases is expected to double by 2030.

The need for physicians and other health care professionals is a startling — and growing — reality nationwide. Here in Missouri, that need is especially intense and immediate.

Thankfully, we have come a long way already toward addressing these realities. Health care organizations CoxHealth and Mercy Health have come together with the state’s two largest higher education institutions in unique partnerships designed to help alleviate this workforce shortage statewide.

Together, our institutions have developed training programs which would prepare dozens of additional students to enter the health care industry annually. With adequate funding, these programs would take shape in the form of a new University of Missouri School of Medicine Clinical Campus in Springfield and a Master of Occupational Therapy degree program at Missouri State University.

Last year, the state legislature approved a combined $11.3 million to keep these projects moving, but unfortunately, we still await the delivery of that funding.

We understand that there are many pressing needs competing for these dollars, leaving our public officials with many difficult decisions to make. But we strongly believe that this is a wise use of taxpayer dollars that will have a tremendous impact on the state economy. In fact, this is exactly the type of priority that should rise to the top of the list. It will help us meet the urgent health care needs of thousands of Missourians, growing the economy with new capital investment and Missouri job creation along the way.

We look forward to when these pivotal funds from the state of Missouri are released to allow for the immediate implementation of these vital programs.

Written and submitted by:

This editorial was originally published in the Springfield News-Leader. 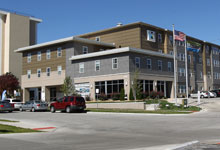 In this issue of Clif’s Notes, I review the significant actions coming out of the Board of Governors meeting last Friday (Oct. 26). 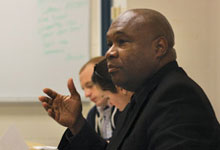 We recommended, and the Board approved, an amended budget for this year (Fiscal Year 2013). Since the withholding of state appropriations was less than expected (only one percent), our enrollment was strong and new health plan savings were identified (see next item below), approximately $4.7 million more is available than was originally anticipated when the budget was approved in June.

In making our recommendation, we were true to the three priorities the Board has identified for us:

We plan to use about half of the $4.7 million to provide a 2 percent across-the-board salary increase for full-time employees. Here are the 10 guidelines that provide the foundation for the proposed mid-year salary increase:

Other highlights of the amended budget include:

I am very pleased that we are able to respond to the Board’s priorities and have a second consecutive year of salary increases for employees. 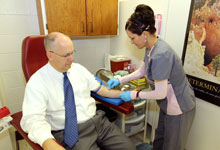 In August, the Board of Governors approved contracts for our third party administrator and our pharmacy plan. Last Friday, the Board completed the health plan package by approving both the dental plan and the medical plan. In total, we expect to realize about $2.67 million in annual savings through these four contracts. This is one of the reasons we were able to make the adjustment in the budget for this year (see first item).

The largest of these contracts, obviously, was for medical services. We had excellent, competitive bids from both the Mercy System and CoxHealth. In the end, the Mercy System proposal was determined to be best in our collective judgment.

As an added feature, the new contract goes into effect Nov. 1, which means we will realize two months of savings in this calendar year, too.

I want to thank Ken McClure, Steve Foucart, and members of their team who evaluated the proposals, did the due-diligence, and conducted the final negotiations. This was important, intense work that occurred over several months. They did excellent work on our behalf.

The Board approved the purchase of The Monroe apartment complex. The sale is expected to close by Dec. 31, 2012. I invite you to read more about the purchase in the news release we issued Friday.

This purchase contributes to the new entrance of campus, allows us to own a piece of property within the University footprint, and will provide an upscale apartment-style option for our students who want to live on campus. Students had been advocating for this type of housing for several years, and this is our first step in responding to this need. For all of these reasons, I am very pleased with this opportunity and decision.

The purchase will be completed using reserves from the auxiliary system. No general funds are involved in the purchase.

The Board also took several other actions.

The Journagan Family will receive the 2012 Bronze Bear for their extraordinary contributions to Missouri State University. You can read more about it in this news release.

At the meeting, Orvin Kimbrough, executive vice president for the United Way of Greater St. Louis, was elected chair of the Board of Governors; and Beverly Miller, retired educator and now volunteer director of the Lebanon office of the American Red Cross, was elected vice chair. They will take office in January 2013. John McAlear and Steve Foucart will continue to serve as secretary and treasurer, respectively. 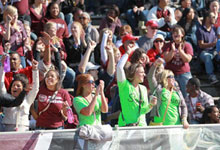 It was great to see many of you at Homecoming activities, including the dedication of the Bill R. Foster and Family Recreation Center and Michael T. Nietzel Plaza; the Wall of Fame induction; the Homecoming Awards Dinner; the Homecoming Parade; many reunion activities; BearFest Village; and the third straight win for our football team. Congratulations also to our volleyball team, which knocked off conference leader Northern Iowa on Saturday night. It was a great week for Missouri State University.

Thank you for all you continue to do for Missouri State University. 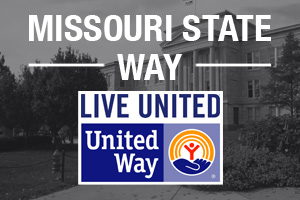 Since the mid-1990s, as part of the university-wide commitment to the public affairs mission, Missouri State has supported two community initiatives: blood drives and the United Way.

This year for the United Way, Missouri State employees committed a total of $104,753, exceeding last year’s total by more than $2,000. This increase was due, in part, to the number of individuals who committed to making leadership gifts of $1,000.

I want to take this opportunity to recognize and thank those who gave at the leadership level. They are below as they requested they be listed for their gift.

I also want to thank Tami Reed for her leadership of the United Way Campus Campaign this year. I want to offer my sincere thanks to Tami and to all who contributed to the United Way this year.