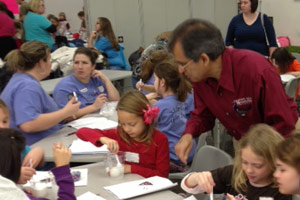 In this issue of Clif’s Notes, I want to update you on the budget for fiscal year 2013 and share with you the new Academic Administrators Return to Faculty Policy. 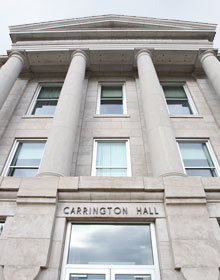 I am sure you heard about Governor Nixon amending his budget recommendation for fiscal year 2013 by adding $40 million back into the overall higher education budget. The funding is part of a lawsuit settlement from which Missouri benefits.

Based on this new information, we are adjusting our initial plans:

Here, in admittedly simplified terms, is the summary I shared with the Executive Budget Committee at its Feb. 10 meeting:

Increases in revenue and expense reduction

You can tell there are many details yet to be worked out, but this provides a summary that I hope is helpful.

I have presented this plan to the Executive Budget Committee and the Administrative Council, and both groups gave unanimous approval for it. I plan to brief the Board of Governors on it at the Feb. 17 meeting. I believe we are now to a point where the various budget committees, working with the cost center administrators, should finalize their specific reallocation plans. Those plans will be reviewed by the chief financial officer and moved up the academic budget process. The goal is to have a firm plan in the next 45 to 60 days. 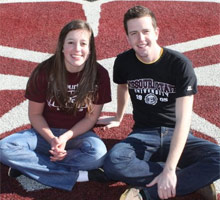 Special kudos to our student leaders

I want to give special recognition to our student leaders.  On Feb. 7, the Student Government Association had a first reading of a resolution that supported the University and indicated the students’ willingness to support an increase in tuition and fees on undergraduate resident students of up to 6.5 percent to help cover the proposed 12.5 percent reduction in state appropriations.  In short, the students chose quality over absolute price.  I am providing a link to that resolution here.  I thought you would want to be aware of this.

Reminders about the budget

The legislative session continues through May 18 and I will keep you informed of other developments as the budget moves through the process. Thanks for your patience and understanding as we adjust to new information.

One of the first things I did as interim president was to ask Drs. Einhellig and Gallaway to appoint an ad-hoc committee to review and improve the Academic Administrators Return to Faculty Policy. That committee was led by Dr. Sue George and included members Drs. Richard Biagioni, Janice Greene, Terrel Gallaway, Tom Kane, and Kent Ragan. The committee completed its report in late November.

Related, the Faculty Senate Ad-Hoc Committee on Heads/Chairs completed its report in December. 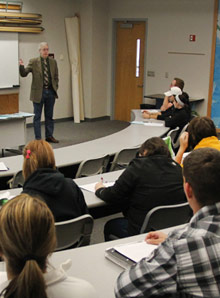 On Friday (Feb. 17), I will report to the Board of Governors that we will soon have a new administrative policy on Academic Administrators Return to Faculty. This policy adopts a significant number of the specific recommendations made in these reports, especially related to administrators returning to faculty.

The issue of administrators returning to faculty remains an important, sensitive topic. One of my first pledges to you was that we would address it. The key was to balance the University’s goal of attracting and retaining outstanding administrators with paying returning administrators appropriately upon their return to the faculty. Thanks to the ad-hoc committee reports and the insights of many, both faculty and administrators, I believe we have found that balance. I invite you to review the new policy and judge for yourself.

We will implement the policy beginning with appointment letters beginning in the fall 2012 and we will monitor it closely to ensure it is achieving the multiple goals we have for it. All of us should reserve the right to revisit the policy if we find adjustments need to be made. I anticipate that many of the principles adopted here will also be incorporated into the contract for the next University president.

I want to thank all of you who contributed to this policy. It is a better policy because of your involvement.

Please be assured that I appreciate all you do and I will continue to keep you informed. 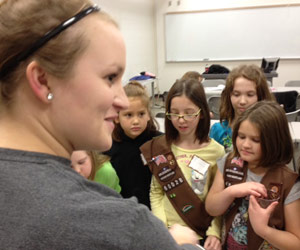 Jen Kienstra, a student in Becky Baker’s Physics 123 class, was one of the six students who helped to lead one of the science experiment stations called “Making Things Bubble.” Students at this station gave each girl supplies — vinegar and baking soda — and demonstrated how these two ingredients caused bubbles, or carbon dioxide, to form.

“After part one was completed, we began my absolute favorite experiment: We were going to make root beer from dry ice,” said Jen. “After the demonstration, we used a large bowl of dry ice and added water, sugar, vanilla and root beer flavoring. The mixture instantly began to bubble and produce more fog. They loved being able to see these things occur as well as being able to smell the root beer scent.”

In order to complete the “Home Scientist” badge, girls participated in each of these activities:

Girl Scout Brownie Science Day was held in Kemper Hall under the leadership of Becky Baker, instructor of physics, and Dr. Pawan Kahol, dean of the Graduate College.

“I would say that you have inspired a whole group of girls to have an interest in science,” said Stefanie McCall, the leadership program specialist at Girl Scouts of the Missouri heartland and one of the organizers of the event.