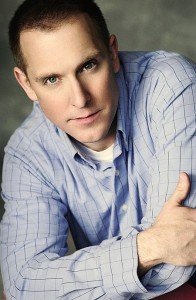 Dr. Heinlein has defined the theme below and will use this definition to guide in the planning of the 2012 Public Affairs Conference.

“The three most recent decades in global history are popularly referred to as “The Information Age,” recognition of an abundant rise in the creation, sharing, and consumption of information via the internet, mass media, and a multitude of other technological forms.  As a result, the global community is in the midst of a cultural shift unprecedented since the industrial revolution, characterized by the ability of the individual to transfer information freely across the world and have immediate access to knowledge that was previously unattainable. The deep impact of this new era of connectivity has been felt in virtually every corner of human society. Like the industrial revolution, much of the impact has clearly benefitted humankind, empowering us with knowledge, global communication, and a diverse host of corresponding societal advantages. However, we’ve also learned from our recent past that distinct and formidable challenges can arise from technologically driven shifts in global culture. The 2012 Public Affairs Conference will serve as a vehicle for investigating the new era of global connectivity, its benefits, its challenges, and the corresponding socio-cultural issues that demand consideration as we articulate the future and serve as stewards for forthcoming generations.”     ~Dr. Heinlein