Congratulations to Drs. Stan and Ruth Burgess on a recent Festschrift in their honor, co-edited by Assemblies of God Theological Seminary (AGTS) professor, Lois E. Olena, and Oral Roberts University professor, Eric Newberg!  A reception was held for the Burgesses on Friday, 13 February, at AGTS, attended by several of MSU’s Religious Studies faculty.

Dr. Stan Burgess taught at Evangel University from 1959-1976, as well as at AGTS.  He later taught at (now) MSU for 28 years and served as Department Head in Religious Studies.

Dr. Ruth Burgess taught at both Evangel University as professor of Education and in Psychology at the School of Teacher Education at (now) MSU. 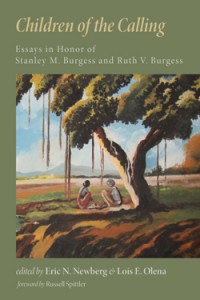