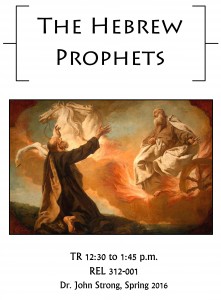 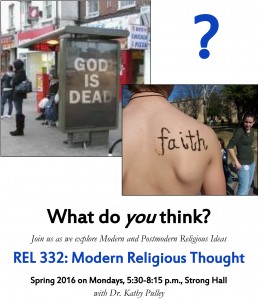 REL 312 counts for the area “Biblical Studies,” and is a survey of the prophetic literature of ancient Israel in its social and historical contexts.