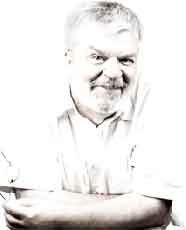 Sarajevo 100, an international invitational poster action, will feature more than 200 professional participants, including 68 student posters and 16 professional and student animations with contributors from around the world. Students from Bosnia and Herzegovina, Serbia, Montenegro, as well as 36 students from the Missouri State University BFA in design program, are represented in the exhibit.

Kostovic’s project began in 2010 when he traveled to his homeland of Sarajevo, the capital city of Bosnia and Herzegovina. The nation is a crossroads of cultures, civilizations and religions, Kostovic said, which has both provided a shelter for diversity and inspired violence that put the country at the center of attention. Two such events have served as the catalyst for the Sarajevo 100 project: the 1914 assassination of Archduke Franz Ferdinand in Sarajevo, which sparked World War I, and the 14th Winter Olympic Games. Hosted in Sarajevo, the 1984 games brought about major cultural developments in the area.

Feeling the importance of the impending 2014 anniversaries, he enlisted the help of several international colleagues, including Amra Zulfikarpašic, whose own exhibition, “Amra Zulfikarpašic: Posters, Typography, and Smartphone Drawings,” will run concurrently with Sarajevo 100 at SEC, from Oct. 24 to Nov. 14.

From there, collaboration was born between Missouri State’s art and design department, the Association of Applied Artists and Designers of Bosnia and Herzegovina and the Academy of Fine Arts Sarajevo. It is also partially sponsored by Bosnia and Herzegovina Federal Ministry of Culture and Sport, the Municipality Center Sarajevo and the U.S. Embassy in Sarajevo.

Kostovic and his cohorts invited more than 100 established artists and designers worldwide to create visual means that address issues from the last 100 years of Sarajevo history. Simultaneously, those 100 artists invited another 100 emerging artists and designers to work on the same project. This creative clash of generations resulted in more than 200 diverse points of views translated into posters or new media works.

By 2013, Kostovic introduced the project to his students at Missouri State and then to other international institutions. The resulting travelling exhibit has made its way around the world, celebrating a country that 20 years ago saw the bloodiest conflict in European modern history—the siege of Sarajevo—which left nearly 12,000 civilians dead or missing, including more than 1,500 children.

Since its opening in June 2014 at the Collegium Artisticum gallery in Sarajevo, the exhibit has traveled to Montenegro, France, Mexico and now Missouri, where the final exhibition will take place, drawing the professor’s sabbatical project to a close.

“Sarajevo 100 project was like dream, and I never was sure if we—my partners in the project—would succeed in making that (happen),” Kostovic said. “There were so many obstacles against us, but in the end, everything turns right and even better that I can dream.

“I’m thankful to the university for giving me the opportunity—my sabbatical—to finish this project and for the support of the U.S. Embassy in Sarajevo, as well as support from the department of art and design.” 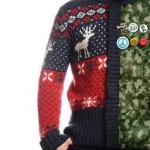 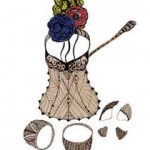 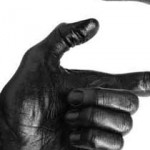