We had a ride on a speed boat from Malé to an inhabited island named Fulidhoo, population is about 490, which is very concentrated in one small island which has dimension only larger than a football stadium (length 0.42 miles, width 0.124 miles). It takes 45 minutes to get to the Fulidhoo island. 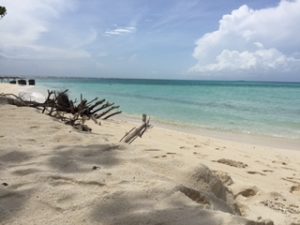 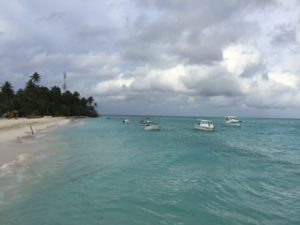 Early morning today Dr. Alex and I explored the whole island and we noticed the other side of this island is all trash and garbage both from here or cast away from other islands. The global warming and climate change do really affect the ecology here, small orgasm living things live on can and plastics. These are what activists call the “new sand” — plastic that has broken down into smaller and smaller pieces, and then become part of the shoreline. Plastic production has surged in the past 50 years and could double again by 2036. 15 million tons in 1964. 311 million tons in 2014. These smaller particles are what end up in the food chain. The smallest ones, called nano-plastics, sink deep into the ocean and can end up in plankton. Larger pieces, known as micro-plastics, float in a soup, suspended in water, and are eaten by fish. The fish then get eaten by “apex predators” higher up the food chain — including humans. That is the reason why there are more and more people have cancers.

Statistically, there are 8 million tons of plastic trash leak into the ocean annually, and it’s getting worse every year. Americans are said to use 2.5 million plastic bottles every hour. It is unbelievable sad since people become so ignorant about global warming and our ecology crisis are really happening around us but we do not bother to really see and understand that?!