Theatre and dance has rolled out its production schedule and this fall’s line-up packs a powerful punch—from the comedic look at what happens when nine women come together, to a musical about unexpected romance in the face of the Vietnam War, to the magic of fairies in a celebrated Shakespeare play.

Tickets go on sale Aug. 17 and are available at campus box offices or through Missouri State TIX. 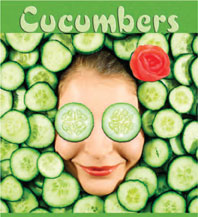 Small-town living on menu in ‘Cucumbers’

Eavesdrop on a conversation that turns sweet, salty, sour, spicy, succulent and side-splitting. Written by MSU theatre and dance alumnus Le Wilhelm and set in the Ozarks in 1979, this slice of life comedy is a dilly!

After receiving an unexpected windfall of cucumbers, nine women gather for an old-fashioned “pickle party” — and the cucumbers aren’t the only things getting pickled! As the women prepare their recipes, gossip and wild stories flow, old rivalries and betrayals surface, and the women reflect on love, mortality and the simple joys of living. 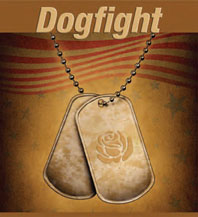 What do you get when you mix energetic dance numbers with an awkward affair and soldiers heading to war? Winner of the 2013 Lucille Lortel Award for Outstanding Musical, “Dogfight” captures the violence and innocence of an era.

It’s 1963 and, on the eve of their deployment to Vietnam, a group of tough-talking Marines spend a last rowdy night on the town in San Francisco. On the agenda: drinking, debauchery and a cruel game called “Dogfight,” in which the players each bet $50 to see who can bring the ugliest date to their party. PFC Eddie Birdlace asks Rose, a shy waitress who is an aspiring folk singer and budding pacifist. When Rose discovers the true purpose of their date, she is crushed and humiliated. But when she sees that Birdlace is genuinely remorseful, she gives him a second chance and an awkward romance unfolds. 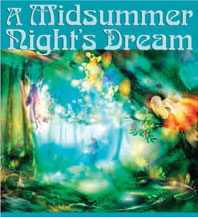 Magic, comedy of love illustrated in ‘A Midsummer Night’s Dream’

In one of his most whimsical and lighthearted comedies, Shakespeare celebrates the confusing, chaotic, magical, irrational, irresistible nature of romantic love! In a moonlit forest on the eve of a royal wedding, several sets of characters converge: a group of young lovers, a troupe of amateur actors and a band of fairies. Through cleverly interconnected plotlines — including a play within the play — A Midsummer Night’s Dream encompasses forbidden love, unrequited love, a lover’s quarrel, enchanted love, tragic love (though comically portrayed) and, finally, true love that restores balance and harmony.