More than 100 students packed the Craig Hall Balcony Theatre on Sept. 18 to participate in a question-and-answer session with notable actors and theatre and dance alumni Tess Harper and Jack Laufer.

Harper, an academy award nominee, is known for roles in “Tender Mercies,” “No Country for Old Men,” “Crash” and “Breaking Bad.” She graduated in 1972.

Laufer, who graduated in 1976, also has a significant range of credits, including recent work on “Modern Family,” “Star Trek Into Darkness,” Masters of Sex” and “Mad Men.” 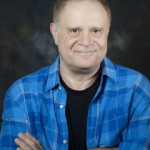 They offered advice on preparing for parts, leveraging talents in a competitive industry and making peace with the turbulence of a career in acting.

“I’m convinced that anybody with tenacity and talent has a place in this business,” Laufer said. “But it’s a hard life. We have no jobs to go back to in LA, absolutely none. And you have to be comfortable with yourself and being unemployed.” 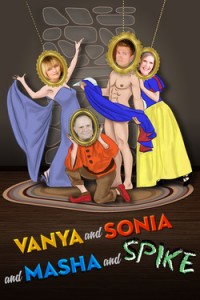 Harper and Laufer were in Springfield to act in Springfield Contemporary Theatre’s “Vanya and Sonia and Masha and Spike,” a production directed by their longtime friend and MSU alumnus Terry Bloodworth and co-sponsored by the MSU department of theatre and dance. The show ran from Sept. 11-27. 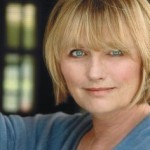 Throughout the campus session, Harper and Laufer stressed the importance of using college as a way to build a foundation for acting, and for life.