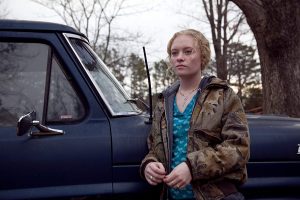 Students at Missouri State University will be exposed to a unique opportunity to learn from a film professional next week. Alumna Lauren Sweetser will be on the Missouri State University campus on Tuesday, September 18th. She will be conducting a Q&A session for Theatre and Dance/Media, Journalism, and Film students. The event will take place in the Art Annex, room 5, and will last from 11:00 a.m. to 12:00 p.m. She will be offering insight on the professional film world, and sharing about her personal journey. This is a great opportunity to hear directly from someone who has been successful in the film industry, not only as an actor, but as a producer as well.

Lauren’s credits include Winter’s Bone, ADDicted, NCIS, and Law and Order, among others. She is in the region promoting her new film, The Riot Act, which was shot in Arkansas. What is this movie about? The Riot Act is described on IMDB as follows: After a quiet murder seen by only three people, two avengers bring to life the idea of a ghost in attempt for justice.
All T&D and MJF majors are encouraged to come out, and talk to Laura next Tuesday. it will be a fun way to make a networking connection, and learn how someone from your very own school was able to find success in the industry that you are also trying to achieve greatness in.