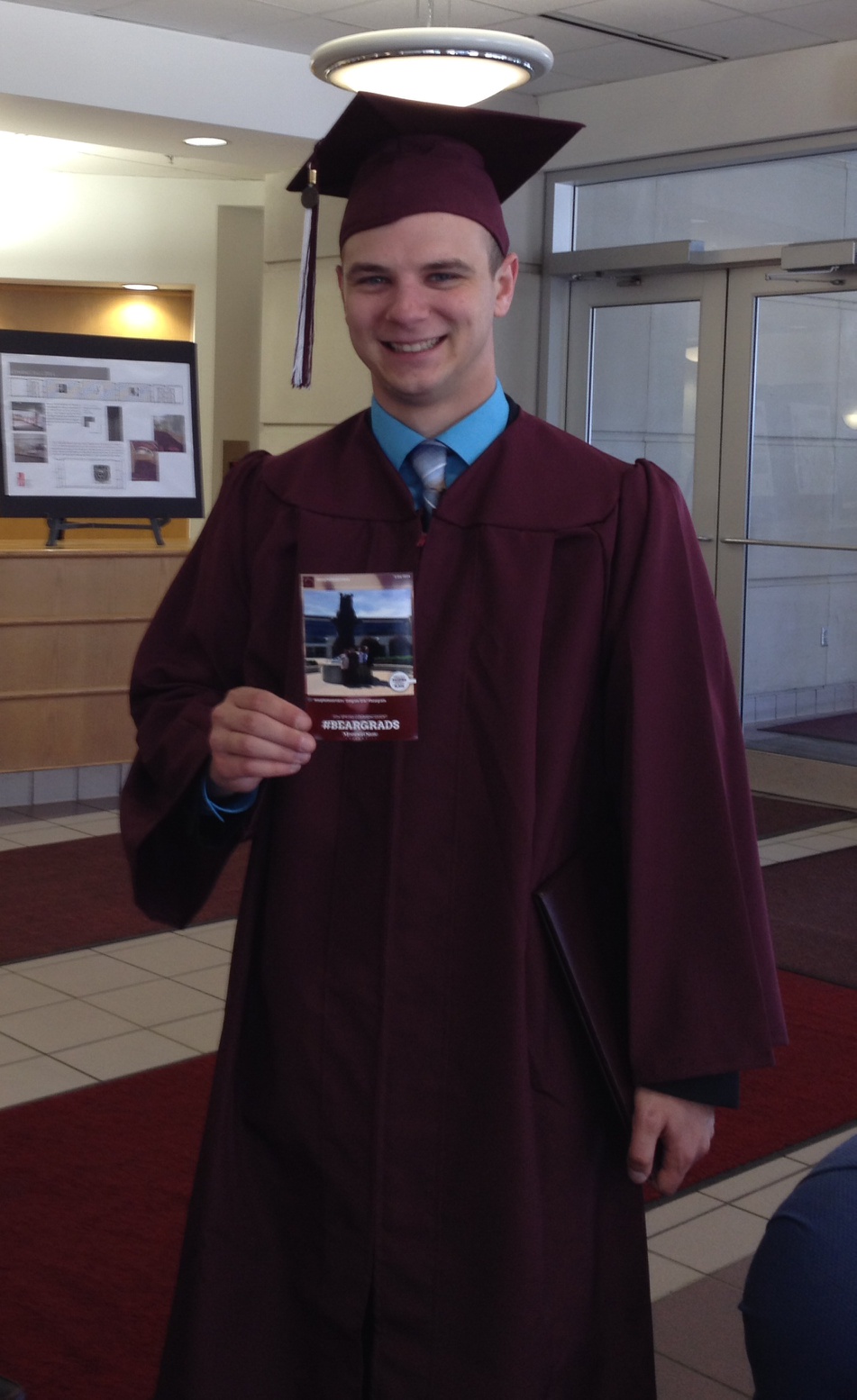 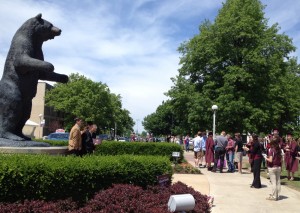 To congratulate graduating students and welcome them into MarooNation, the Alumni Association and their affiliate student organization, R.E.A.L. Bears, hosted a photo opportunity with the PSU Bear statue the day of commencement.

This project had two primary goals:

More than 80 graduates stopped by the Bear during the two photo taking timeslots. A total of 92 prints were given to graduates and their families. View the photos on Flickr. 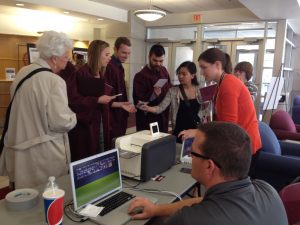 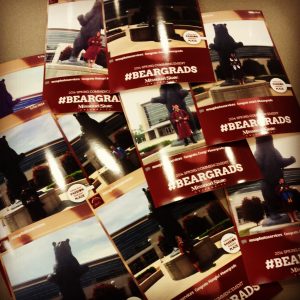 The social media station provides an opportunity to customize how your prints appear. For commencement, we included the following elements:

Want to add a social element to your next event? You can rent the social media station from Photographic Services. 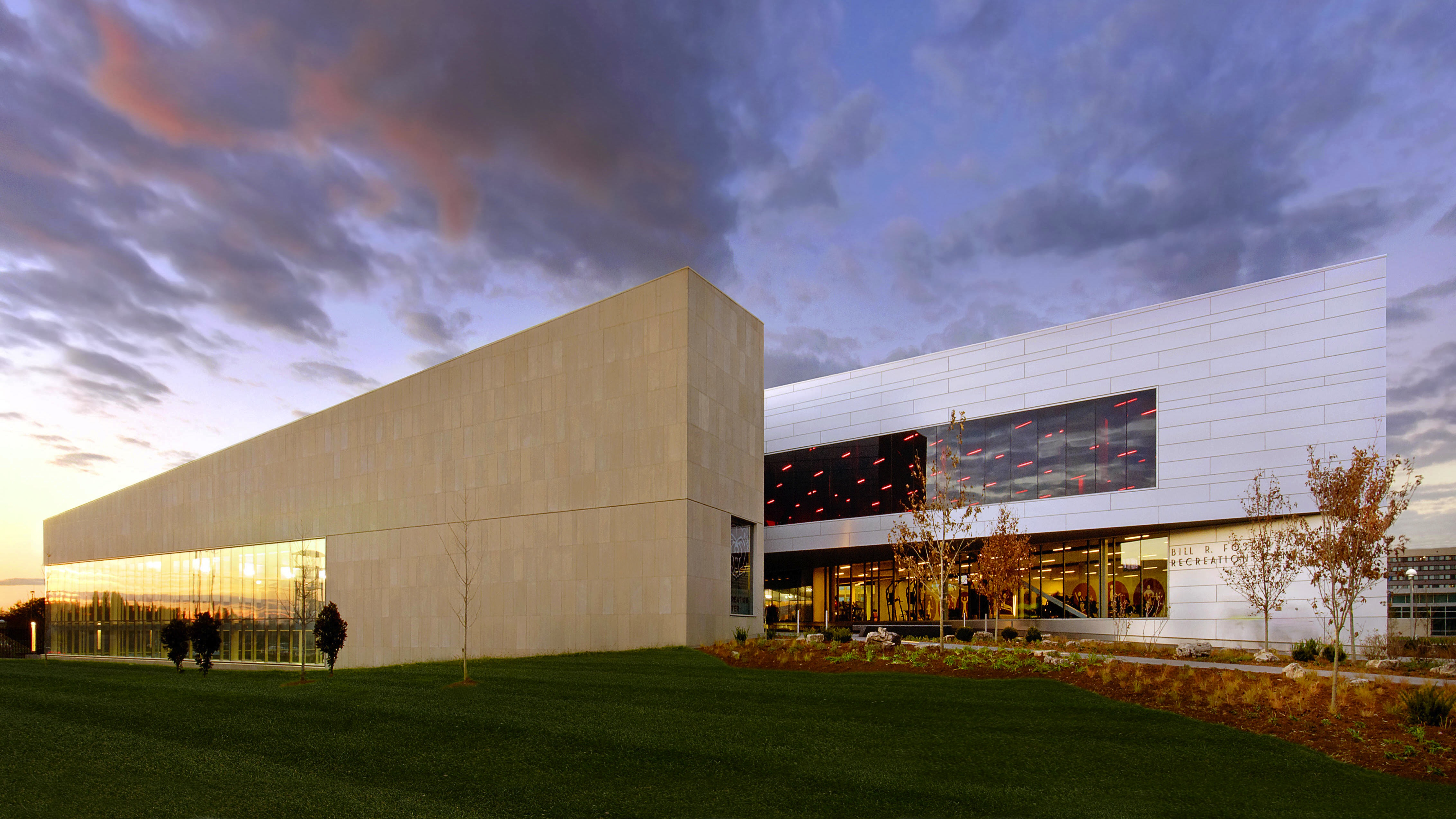 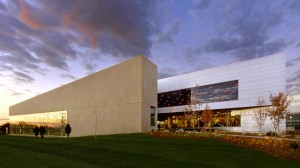 For this video, we produced a new lead-in to What’s New at MSU, which  gave us a chance to promote awareness of President Smart’s Twitter handle (@ClifSmart) and the Missouri State signature brand hashtag, #FollowYourPassion. Additionally, we wanted to highlight President Smart’s “bigger and bolder” theme and use this opportunity to communicate that Missouri State is thriving and growing on multiple levels– with record enrollment, new investments in facilities, cutting edge research and numerous awards.

Due to the current focus on building new facilities, we decided to film in the Foster Recreation Center. With its visionary design, focus on students and flexible opportunities for participation, it truly embodies Missouri State’s future. We also felt that filming at Foster Rec would anticipate 2014′s exciting building projects, such as those funded by the 8 million in gifts recently announced by the MSU Foundation and the new recreation facilities that will be financed by the B.E.A.R. fee.

Given what a high-achieving year 2013 was, selecting just a few accomplishments was quite a challenge! We knew that academics would be a centerpiece and referenced research from four of the University’s colleges. President Smart specifically mentions the following achievements in the video:

We also wanted to mention the innovation and drive consistently expressed by the artists, performers and designers in the College of Arts and Letters and the College of Business. While the video’s time constraints made it impossible to call out every creative achievement from 2013, here are just a few to be aware of:

The video also provided an opportunity to mention our dedicated athletes, particularly the women’s swim team, which

became the first program in Missouri Valley Conference history to win a sixth consecutive championship. Many of our athletes’ achievements were captured by alumna Stephanie Anderson during her time as a staff photographer for The Standard, and we used one of her photos in President Smart’s greeting.

And naturally we referenced the unique commitment to the community so often displayed by Missouri State students, alumni, faculty and staff- particularly during engagement events such as 2013’s Stomp Out Hunger shoe drive and the Meals-a-Million pack-a-thon.

Looking ahead on social media

Building on the theme of President Smart’s greeting, we invited recipients to share their aspirations for 2014 on social media. We specifically encouraged the use of the University’s signature brand hashtag, #FollowYourPassion, with the hope of connecting the energy surrounding those individual goals to President Smart’s vision of a bigger, bolder future for Missouri State. 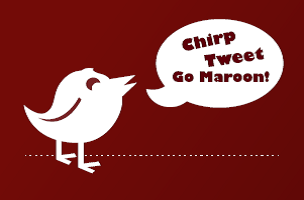 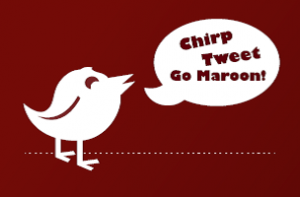 The beauty of social media is its ability to connect people with similar interests and passions regardless of time and place. Hashtags allow your followers to access the broader conversation about a topic by simply clicking the tag to search for related posts.

Hashtags can be incorporated into tweets, Instagram photos, Google+ and Facebook posts. Hashtags related to Missouri State University are described below. As you share about the University on social media, incorporate relevant hashtags to join the conversation!