Missouri State’s office of community involvement and service regularly hosts immersion trips, which give students opportunities to volunteer in communities throughout the U.S.

During spring break, the immersion trips were featured from the Missouri State homepage — with particular emphasis placed on the students’ first-hand perspectives.

Each participant blogged about the experience via www.blogs.missouristate.edu/immersion. This blog feed was available from the main homepage feature: 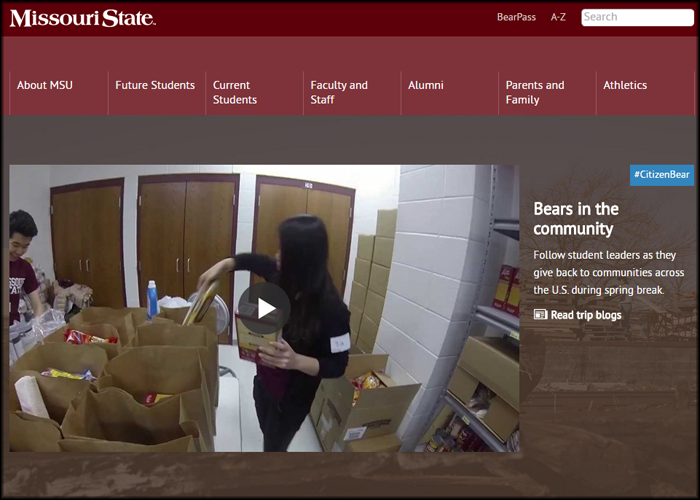 Posts were filed in categories based on the issues participants were serving. Immersion blog categories were as follows:

These individual feeds were featured via smaller homepage features that linked directly to each service category.

The office of community involvement and service actively chronicled the immersion experience on social media. These posts were shared by other University accounts, including the Missouri State accounts.

The homepage feature was successful at adding to the immersion trips’ visibility — even during the typically quiet spring break week.

Top referral sources for the immersion blog were as follows: