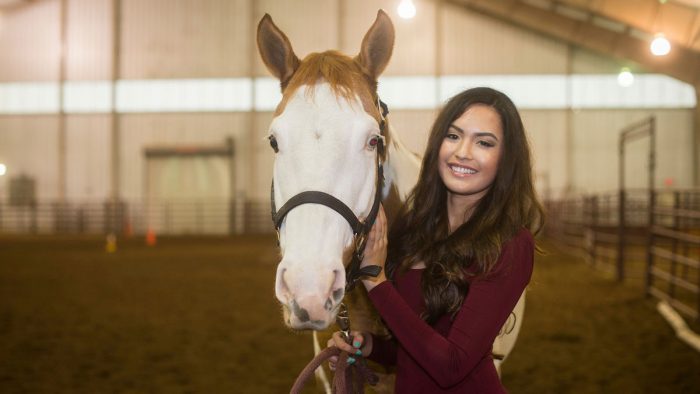 The next time you’re walking through campus, you might pass Miss Philippines USA on the sidewalk. Chrystelle “C.J.” Volckmann is a Missouri State sophomore animal science student. She could be the next star in modeling.

Getting started in the Ozarks

C.J. grew up in Marshfield, Missouri until the eighth grade, and then moved to Springfield to go to Central High School and participate in the International Baccalaureate program for academically focused students.

The work was tough, she said, but more than worth it to have a head start on her studies at Missouri State.

“You’re taking college-level courses,” C.J. said. “I came in here with a ton of credit hours too. That definitely made things easier and helped me with time management.”

A love for the animal kingdom

C.J. said she thinks she’s found her calling in the animal science program, which is part of the William H. Darr College of Agriculture. She grew up on a farm in Marshfield, where her father owns cattle and horses.

“I grew up doctoring (our animals), and have bottle-fed seven or eight different calves and raised them as my own,” she said. “It’s something I would love to do and pursue in higher education.”

Plus, she’s already started to pick up some part-time job offers from local veterinary clinics. 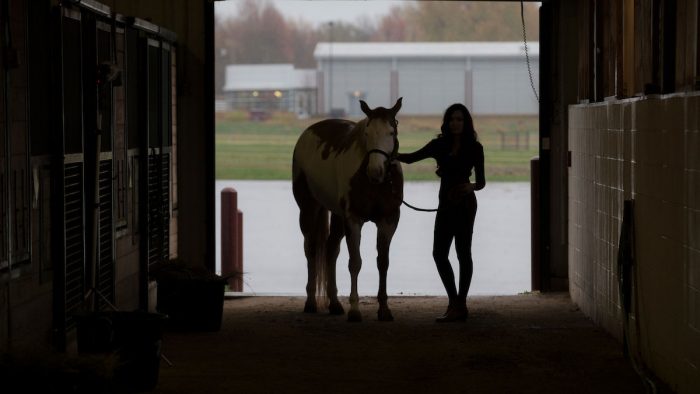 Another calling might come in the form of modeling, as C.J. won the Miss Philippines USA competition in summer 2015 in Glendale, California.

That experience opened her eyes to a whole new world, a win that she said she didn’t think was coming.

The Filipino community in Springfield is small and close-knit, she said.

“This was my first pageant,” C.J. said. “I wasn’t expecting to win because it was on a national level. I got to represent Missouri down there, so that was pretty great.”

So what’s next? Perhaps taking her modeling career up a notch down the road, including a possible run at the Miss Missouri crown, which would be especially meaningful for her as a lifelong native of the state.