Wendy Evans did not have a traditional path to the workforce. She started at a community college, where she completed several years of her undergraduate before transferring to Missouri State.

At Missouri State, big things were in store for her. She had little research experience, yet she joined the lab of Dr. Brian Greene, associate professor of biology.

“Dr. Greene was very patient despite my learning curve,” Evans said. “Working in his lab was an amazing developmental experience for me.”

She worked on predator avoidance of ringneck snakes with Greene. She said this was the first taste of running with her own project.

After several years of taking courses with the intent to go into conservation, Evans switched to veterinary medicine.

She graduated with a BS in biology.

Before she decided to pursue her veterinary degree, she worked as a lab supervisor and outreach coordinator in the lab of Dr. Alicia Mathis, department head of biology.

Evans said the transition to veterinary school was harder because she had not planned to go that route.

She was lacking the anatomy and physiology knowledge others in her class had since they took those classes in undergrad.

However, Evans felt that her real-world research experiences at MSU made up the difference.

“Working in Dr. Greene’s lab and later working as the lab supervisor and outreach coordinator for Dr. Mathis really helped set the stage for my career,” Evans said. “I learned so much during those years about scientific exploration, leadership and the importance of research as it relates to the practice of medicine.”

Evans earned her master’s in veterinary public health and Doctor of Veterinary Medicine at Mizzou in May 2018. 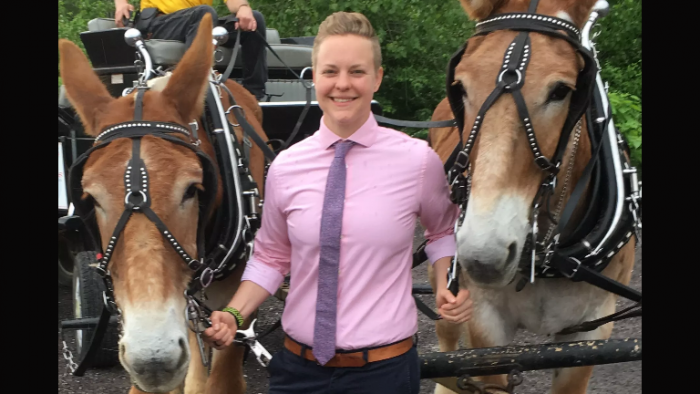 She commissioned as an officer in the U.S. Army Veterinary Corps during vet school and is now a veterinarian in the Army.

She plans to go back to complete a residency in emergency and critical care. For now, she’s enjoying working after a decade in school.