Faculty - let your students know it's not too late to enroll in a 1-credit Service-Learning course for the spring of 2021 with no late fees. Service-learning is a great way for students to connect what they are learning in your class with real-world experiences. The Registrar's Office allows enrollment for a 1-credit service-learning course throughout the semester. There is no deadline as long as students can complete their 40 hours with a community partner learning site. Please encourage your students to consider service-learning.  We have great placement opportunities that include, but are not limited to: Clinical Students - BIO/BMS - Work with the Diabetic Retinopathy program - We still need about 20 students - hands on clinical care Clinical and Social Work/Sociology/Psychology Students - Work with Empower Abilities (formerly the Southwest Center for Independent Living) to work with some 600 patients and their caregivers doing well checks/clinical assessments/scheduling for COVID vaccine - flexible hours, hands-on (remote); training provided.  Opportunity for … END_OF_DOCUMENT_TOKEN_TO_BE_REPLACED

Brian Calfano, associate professor of political science at Missouri State University, was recently awarded a $500 mini-grant from Missouri Campus Compact. The grant proposal titled “Missouri State University Tele-Town Hall Project is designed to facilitate a large scale "Get Out the Vote" project that serves the civic good in southwest Missouri. This project brings the best of public scholarship, service-learning, and civic engagement to bear in performing a critical civic function during the 2012 presidential election season. Brian partnered with the MSU Office of Citizenship and Service-Learning  to provide students with cutting-edge, real-time, real-world training opportunities through service-learning in two courses: PLS 497, Media and Political Marketing (summer component SL), and PLS 317 American Political Behavior (fall integrated SL).  According to Katherine Nordyke, Director for Citizenship and Service-Learning, “this collaborative project demonstrates the true pedagogy of service-learning – students take their skills and knowledge learned in the classroom environment and … END_OF_DOCUMENT_TOKEN_TO_BE_REPLACED 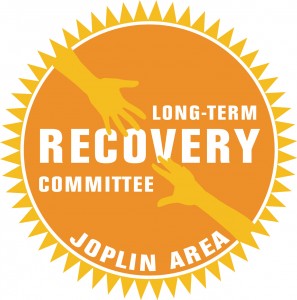 Missouri State service-learning graduate students used their knowledge of technical writing to aid long-term tornado recovery efforts in Joplin this past spring.  Dr. Lyn Gattis, Assistant Professor in the English Department, lead the students in her graduate professional writing course in a service-learning project to create documentation to help the Joplin Area Long-Term Recovery Committee (LTRC) and Rebuild Joplin organizations use Mindjet Connect Action, an online, open-source project management program. After learning how to use the software, these Professional Writing students were able to use their skills to create understandable, comprehensive materials to help organizations use the product. This documentation will be instrumental in helping to organize groups and to coordinate tasks in Joplin tornado recovery. Efficient communication is key in coordinating such a large relief effort, and this new software will help greatly. Many University faculty and staff members also contributed to this project. Kristi Oetting from Computer Services trained the students in using … END_OF_DOCUMENT_TOKEN_TO_BE_REPLACED 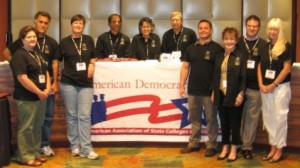