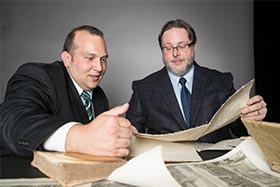 “Post-millennial generations are going to be incredibly visually oriented,” he said. “If we don’t captivate their interest with this type of a digital humanities project, the humanities are going to fade away into being insignificant in the public’s mindset.”

That’s why Chuchiak, professor of history and director of the Honors College, and Missouri State alumnus Justin Duncan are creating the Digital Auto-de-Fé, a 3-D simulated recreation of the 1601 Public General Auto-de-Fé of the Mexican Inquisition.

The project will attempt to visually and interactively portray the human experiences, pains, shame and public punishments related to these acts of religious intolerance that occurred hundreds of years ago in multiple places around the globe.

“We created a virtual reality simulation of the inquisition’s auto-de-fé, through the story of a young Jewish woman who was persecuted by the Mexican Inquisition, to teach empathy and religious tolerance,” Chuchiak said. “Using an avatar as either a viewer or participant in the event, you’ll feel the terror of being persecuted.”

“You’re going to see what it’s like to be a member of a restricted caste or class. That’s part of our goal: to teach empathy and racial and religious tolerance.”

The inquisition in Mexico is among Chuchiak’s main areas of study, which also include research into the Spanish military conquests against the Maya, and the study of the role of the Maya in Spanish colonial defense against European piracy.

The public “act of faith,” or auto-de-fé, was a costly public spectacle mandatorily attended by all residents of a major city. The Inquisition intended these spectacles to serve as major educational tools and deterrents to religious dissent.

The people of Mexico were required to fall in line with the teachings of the Catholic church. If they didn’t, they’d be fortunate to bear the public shame of appearing in a public auto-de-fé. The other options were far more grisly punishments for those convicted of false belief, up to and including a death sentence. 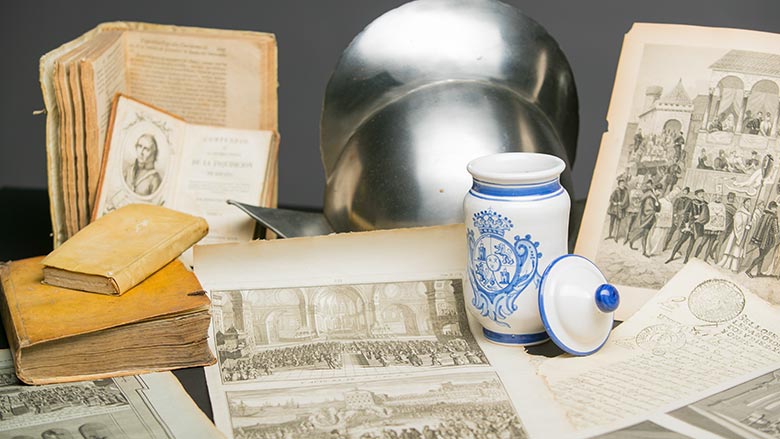 You’re going to feel it

“It’s easy to read about points in history, but when people begin to see and feel an event, history and humanities in general come alive,” said Duncan, a special education teacher at Springfield Public Schools.

The idea for this digital humanities project came to Duncan while writing his graduate thesis – under Chuchiak’s direction – of the Spanish Inquisition’s autos-de-fé of that time period. He had a difficult time explaining what the space and concepts of power involved in these events looked like in words.

Users can live the story of a young Jewish woman, Mariana Núñez de Carvajal, who watched her parents get burned alive for practicing Judaism after being forcibly converted to Catholicism. She was later burned at the stake by order of the Mexican Inquisition for the same transgression.

It’s the chance to live in a virtual world as a member of an oppressed class, a middle class, and even those in positions of power – tens of thousands more characters will be developed as options for future viewers – that will drive the point home to students.

Users will experience the sights and sounds of the terrifying event of an Inquisitorial auto-de-fé with sensory vibrations. Scornful public observers throw items at the oppressed characters, who walk dressed in the ceremonial garments of shame, known as the Sanbenitos, that the inquisitors forced them to wear.

Still, the payoff could be huge.

“Students are going to see how ugly it was when religious intolerance is in play,” Chuchiak said. “We’re at the cusp of a change in the way humanities are going to be taught, and this is part of it. People should know that everyone’s views, religions and cultures are worthy of respect.”