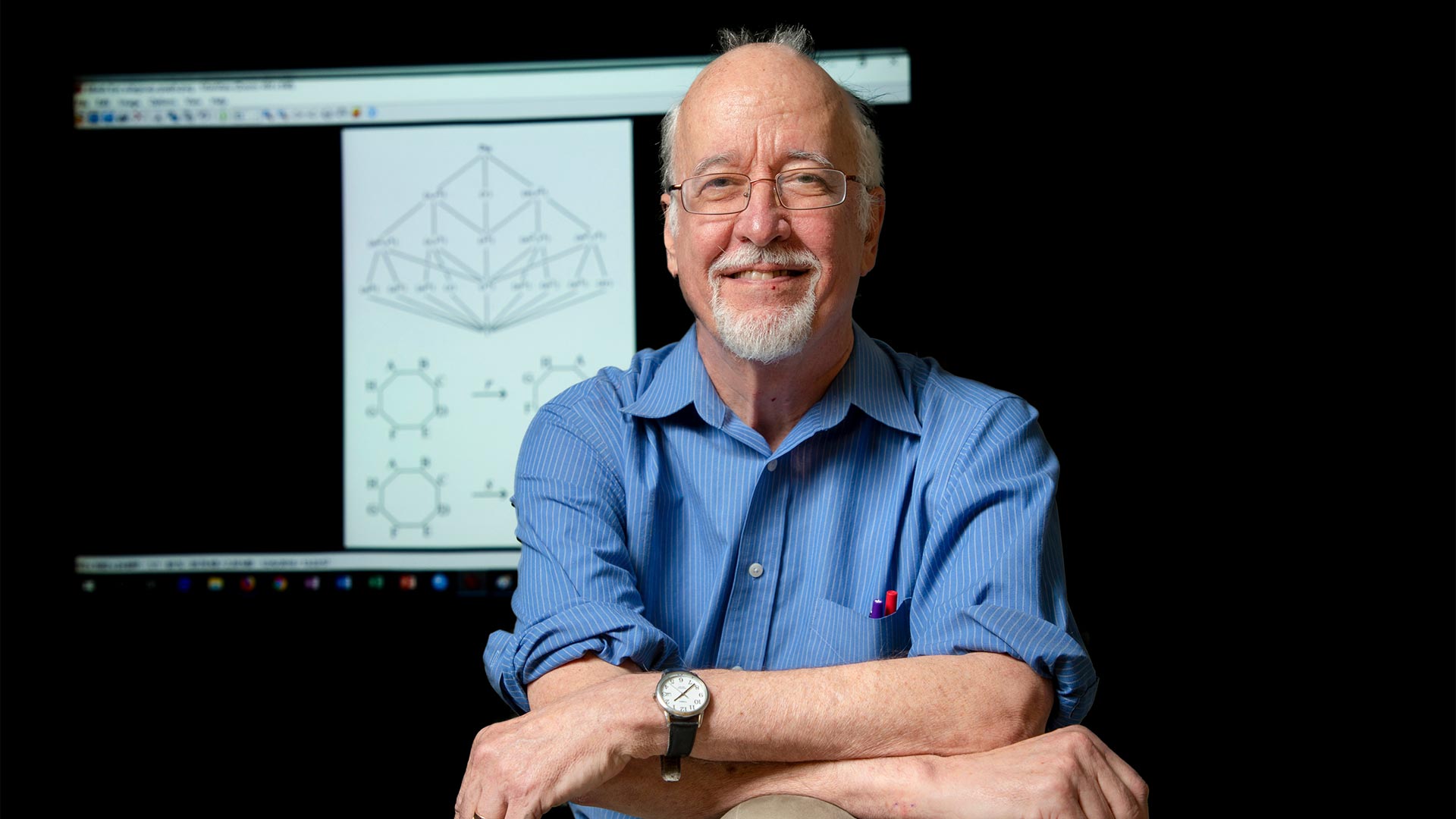 There are more math surprises out there. Let’s find them.

Our lives are full of connections.

You see someone you know in the grocery store two aisles over. What’s the quickest way to get to them?

Your parents live 2,000 miles away. There are no direct flights. Which flight has fewer layovers?

Connections are rarely as easy as point A to point B. There are stops along the way, twists, turns and sometimes you may even get lost.

“People don’t realize that there are questions in math that we can’t answer yet,” Reid said. “Geometry is 2,000 years old. Calculus is 400 years old. You might think there’s nothing new under the sun. But there’s a lot of stuff that we still don’t understand.”

For more than 10 years, Reid has looked at how to start one place and end up another.

You’ve got groups, an algebraic object. Then you have graphs which are these interconnections between. Groups show up throughout chemistry, physics, crystallography and more. — Dr. Les Reid

Turn it in whatever direction. It still has those points; they are just in different places now.

Then, instead of turning it, flip it like a pancake. The points are still there, they have just changed again.

How do you get back to the original location? How have these points changed?

Reid looks at all of these data and maps them on a graph. He uses algebra and geometry to find his results.

“Dr. Reid is one of the most brilliant mathematicians in our department,” said Dr. Richard Belshoff, professor of mathematics at Missouri State. “He has an incredible breadth and depth of knowledge of virtually all areas of mathematics.” 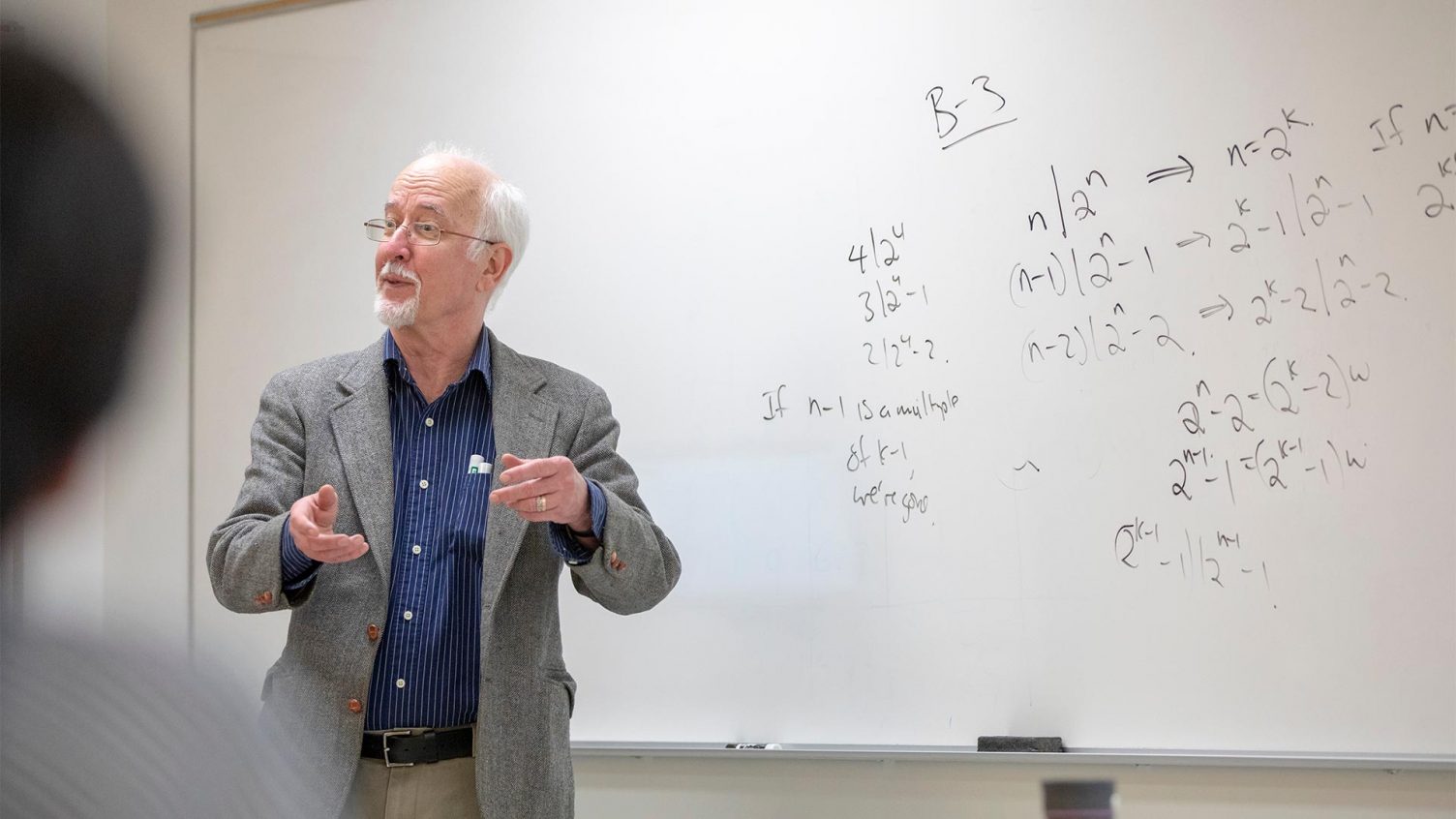 It all started with a question by one of Reid’s students, Joseph Bohannon.

He saw a figure in a textbook that intrigued him. He and Reid set off to find an answer.

Reid said he was surprised by what they found. He figured that he and Bohannon would get partial results.

My main concern is to study. There are a few universities that have math in the humanities college because we’re more interested in this abstract system of mathematics. — Dr. Les Reid

It’s hard to get actual, full results in math. Instead, they ended up classifying a whole group of shapes.

“What was surprising was that a complete classification was achieved,” said Bohannon. “I expected that there might be stragglers all over the place.”

A lot of the time, mathematicians are leaving a legacy rather than practical solutions. Reid doesn’t know how his research will be utilized in the next 100 years.

Reid uses nineteenth century Indian mathematician Srinivasa Ramanujan as an example. Ramanujan loved that his mathematics were pure, with no immediate application.

“One hundred years later, some of the stuff that Ramanujan was doing is the basis for business on the Internet,” Reid said. “He thought his work was so pristine and beautifully abstract. Anything to do with the real world is messy and ugly.”

Though Reid doesn’t know what will come of his work, he does know why he does it.

“Most mathematicians study mathematics for the inherent beauty of it,” Reid said.

Reid’s studies have led to more than 25 published publications in prestigious journals with 10 in progress. He has also collaborated with many prominent mathematicians throughout the world.

“My main interest is to study basic questions in math,” Reid said. “We may not know what the future applications might be, but gaining a deeper understanding of the fundamental principles of mathematics is essential.” 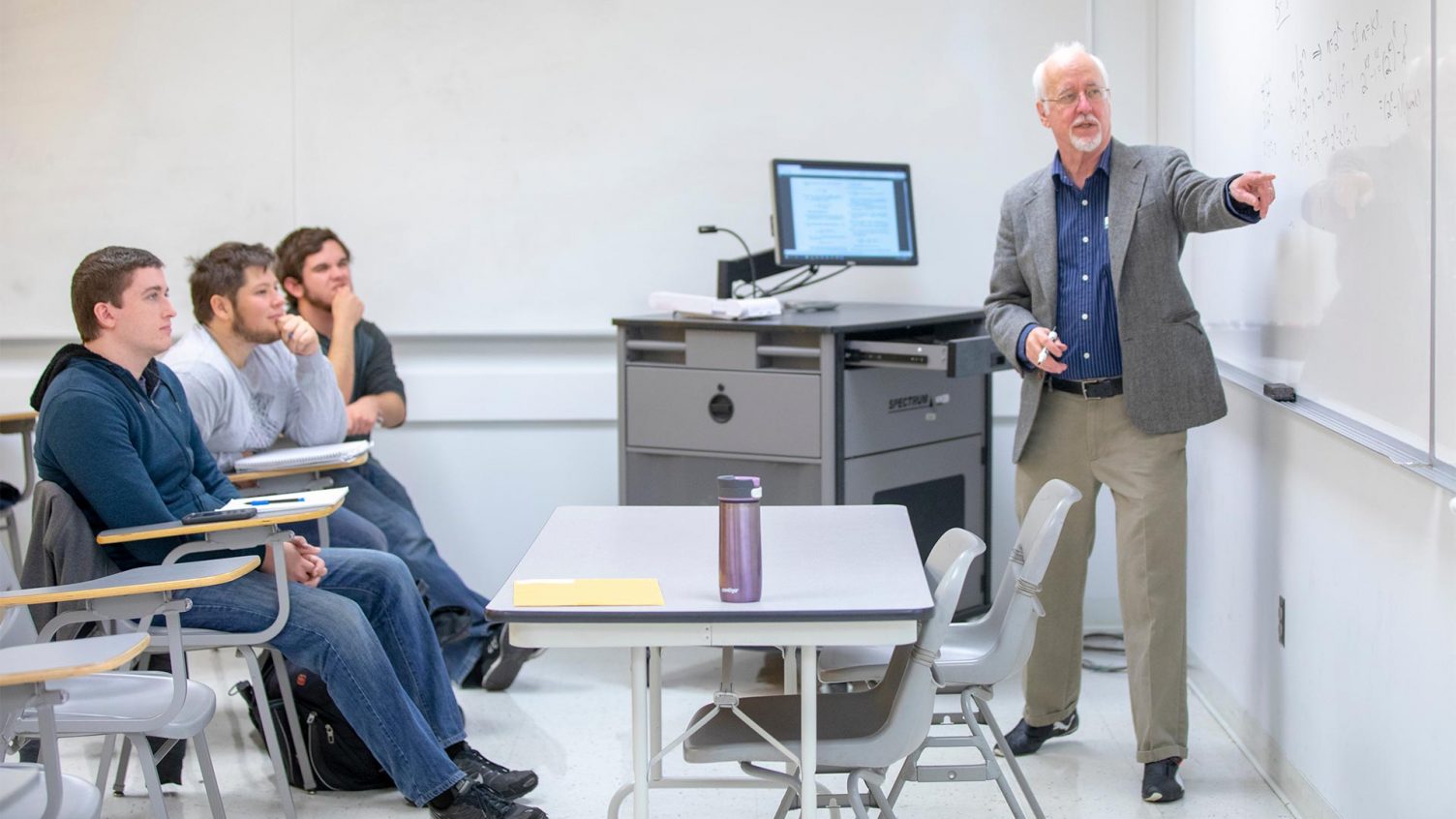 Creating the next generation of mathematics

Dr. Reid was endlessly patient with me and seemed to know something about every branch of math, which was exactly what I needed. — Joseph Bohannon

Bohannon’s problem led to three summers’ worth of REU projects. Some students looked at graphs. Some looked at groups of shapes. They intertwine algebra and geometry looking for connections.

Though Reid calls his work the most basic of research, it has endless possibilities.

Be part of the equation