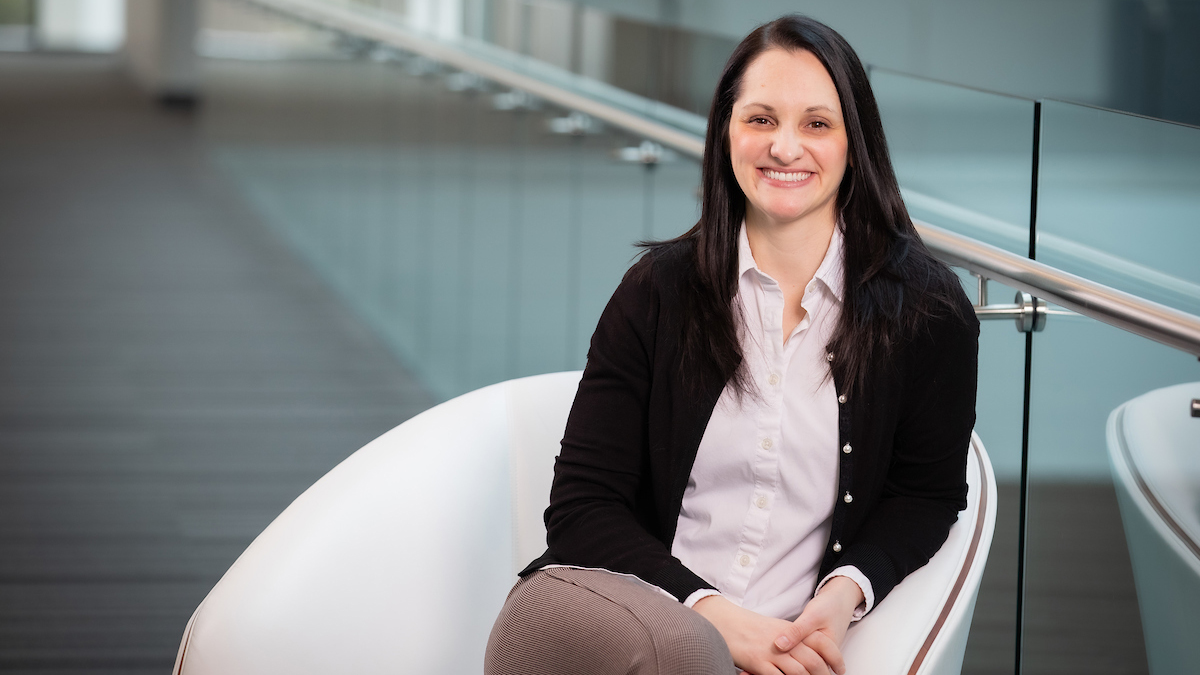 Improving the lives of kids with autism

Parents panic when a child wanders or darts away. Your pulse quickens as you examine every possible hiding place and exit.

Wandering and bolting are both considered eloping – a term used for leaving an area without permission. It’s a problem behavior, especially for children with autism.

She’s a board-certified behavior analyst, runs a clinic for children with autism spectrum disorders and prepares the next generation of educators for behavior issues in the classroom.

Boyle dives deep into this behavior.

“Some kids will take off, while others just kind of walk off and wander away.”

She wants to empower caregivers with practical and sustainable treatment options to prevent elopement rather than physically intercepting the child before escaping from view. She also wants to give children an outlet for obtaining the same sensations they seek without leaving the safety of their environment.

“Elopement as a response form hasn’t been acknowledged for how unique it is,” Boyle said. “If we recognize bolting is fundamentally different from a lot of other behaviors we deal with, we can improve how we’re treating it.” 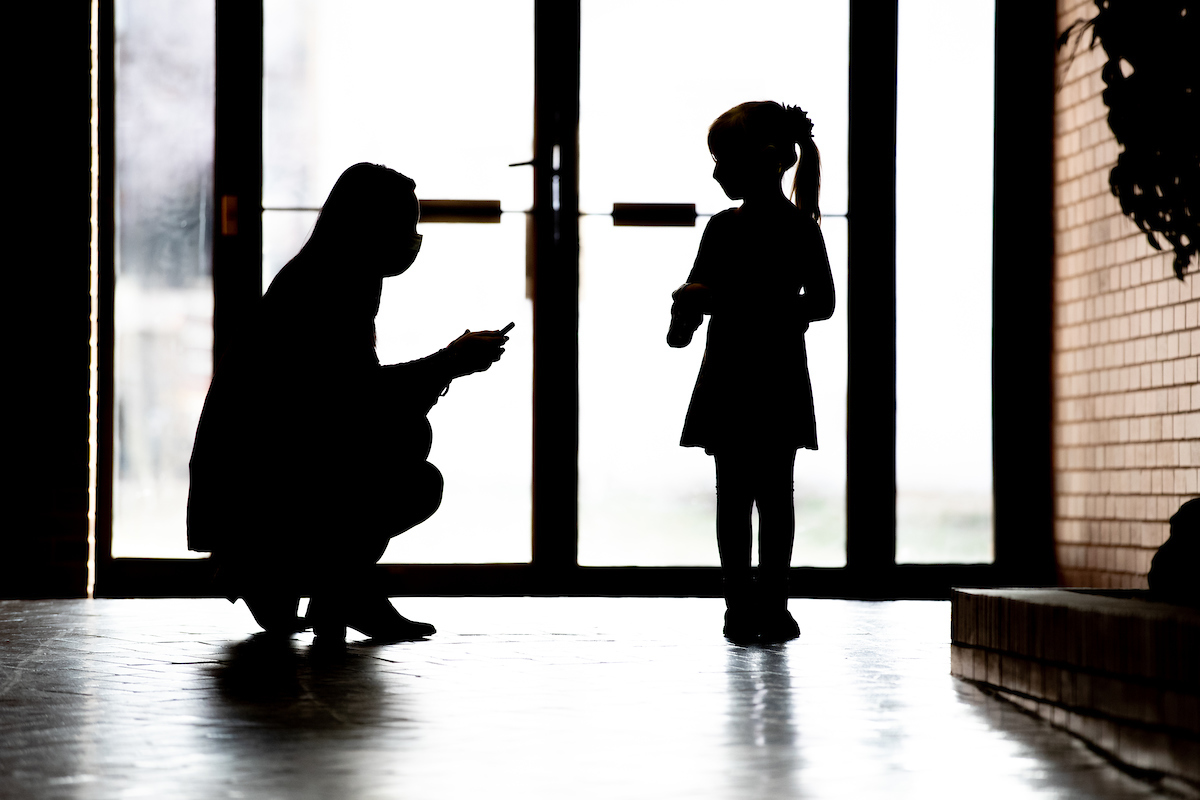 Dr. Megan Boyle works with a young child near the entry of her clinic.

“With elopement, you could have four kids who bolt for a variety of reasons,” she said. “So their treatments are all going to look different.”

“I think as a field, we’re kind of missing some nuances about elopement.”

She classifies the reasons as:

Boyle noted that some kids bolt because they want a nearby object.

“In a waiting room, a kid runs and mom says, ‘Come back and I’ll let you have my phone to play your favorite game,’” Boyle said. “Or it could be a desire to get the balloon they see across the room or street.”

Reviewing the literature and treatment options, Boyle noticed a lack of understanding of these complexities.

“We are considering a lot of variables and aspects of real life that aren’t being incorporated into the research so far,” she said. “Before we can target problem behaviors for treatment, we have to understand the why.” 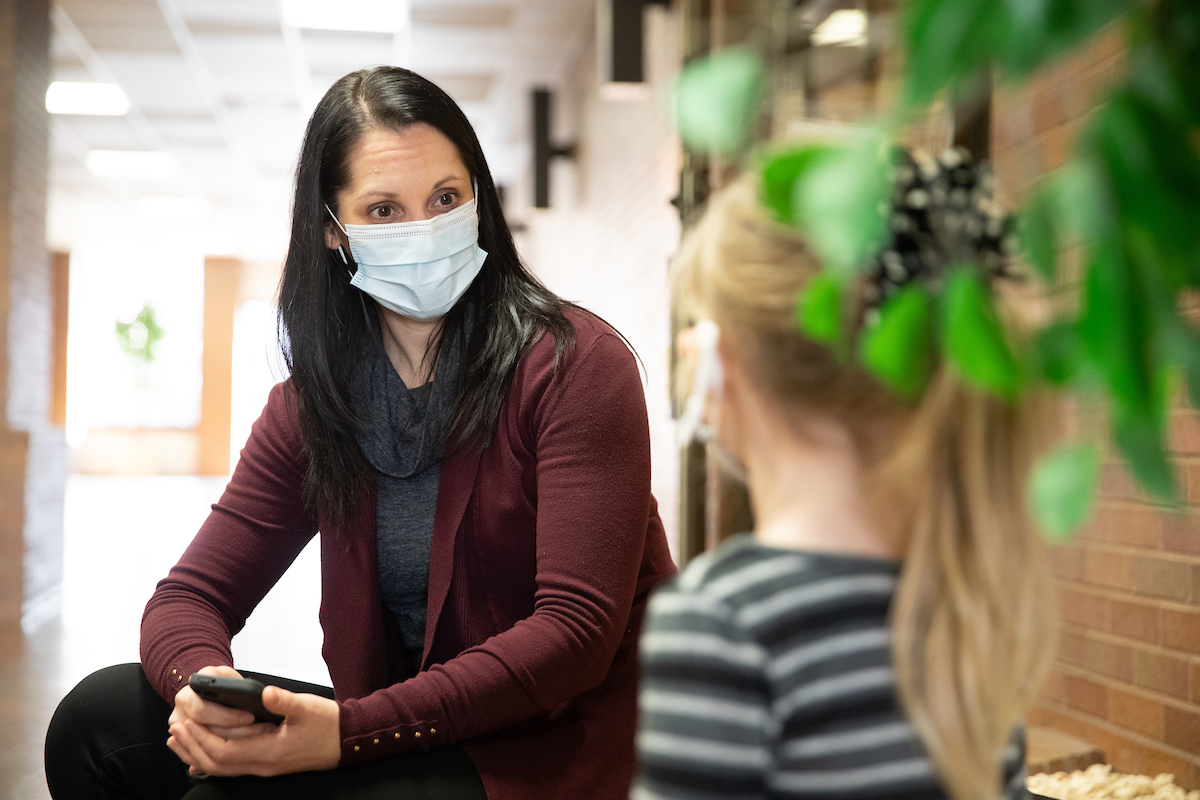 Recently, Boyle published an article on some tactics she used with an 8-year-old client. He eloped to engage in stereotypy, often called stimming in the autism community.

Stereotypy is a repetitive nonfunctional behavior. In the autism community, hand flapping is one of the most common examples.

“A lot of kids with autism engage in behaviors that look a little different. But for them, it provides sensory stimulation or reinforcement,” she said.

In Boyle’s study, the boy was fascinated with hinges and felt drawn to doors. He would open and close the door, look at the hinge, walk through the door, and elope to do so.

Challenges abound in the treatment of severe behaviors, Boyle pointed out.

“How can we develop a treatment that parents will actually use, but that is still effective?”

Prior to each session, Boyle provided pictures of all the doors in the clinic building to her client and asked which one he’d like to play with. After careful consideration, he’d select one.

To encourage functional communication, Boyle would require him to point to it, ask to play with the door and then stay 20 feet away from the door until given permission to play.

“It didn’t count as elopement because he asked and received permission. He would go play with the door for one minute,” she said. “Then we would guide him back to the office and start over.”

The next step was to deny a percentage of his requests – to delay gratification – a procedure called schedule thinning, that is conducted after the communication response is strengthened. Gradually, Boyle increased the effort required or lengthened the wait time before play time.

You may think, ‘If he could reach the door, why would he ever wait?’

In this study, though, if he bolted without permission, he only received three seconds with the door before removal. The 8-year-old understood he got more time when he waited.

“We’re really good at treating behaviors in the clinical setting, but practitioners often feel much less confident on how to apply those skills in the school or home setting. It’s a next step for me to help others mindfully set up clinical settings to mirror more naturalistic settings.”

“Kids will learn. You have to be consistent and the difference has to be clear,” Boyle said.

Boyle and the client’s mother then tested it in more natural settings. They would chat in various areas around the building, keeping an eye on him while denying or delaying his requests. After many meetings, he began to wait five or 10 minutes surrounded by strangers and doors.

“We use reinforcement so much because it works,” she said. “It changes behavior. Feelings follow. Kids get happy when they can ask for what they want, and they get it.”

And that is her motivation.

“There’s nothing like working with a kid with autism,” Boyle said. “The world melts away. It’s all about improving a life by increasing access to wants and needs.”