Securing natural resources for the Ozarks

The Ozarks region is known for its rich natural resources. Forests. Lakes. Rivers. Streams. And they’re all interconnected.

Proper management of these natural resources ensures that they’ll be available for people to enjoy for many years.

Dr. Robert Pavlowsky has worked on nearly 100 projects related to water quality in the Ozarks region of southern Missouri and northern Arkansas. He is the director of the Ozarks Environmental and Water Resources Institute, also known as OEWRI, and a distinguished professor of geography.

“I’m a geographer. We view the world at different levels.”

The institute supports efforts to protect and restore water quality and supply in the Ozarks. Since it was created in 2004, the institute has administered 86 grants worth almost $5 million. 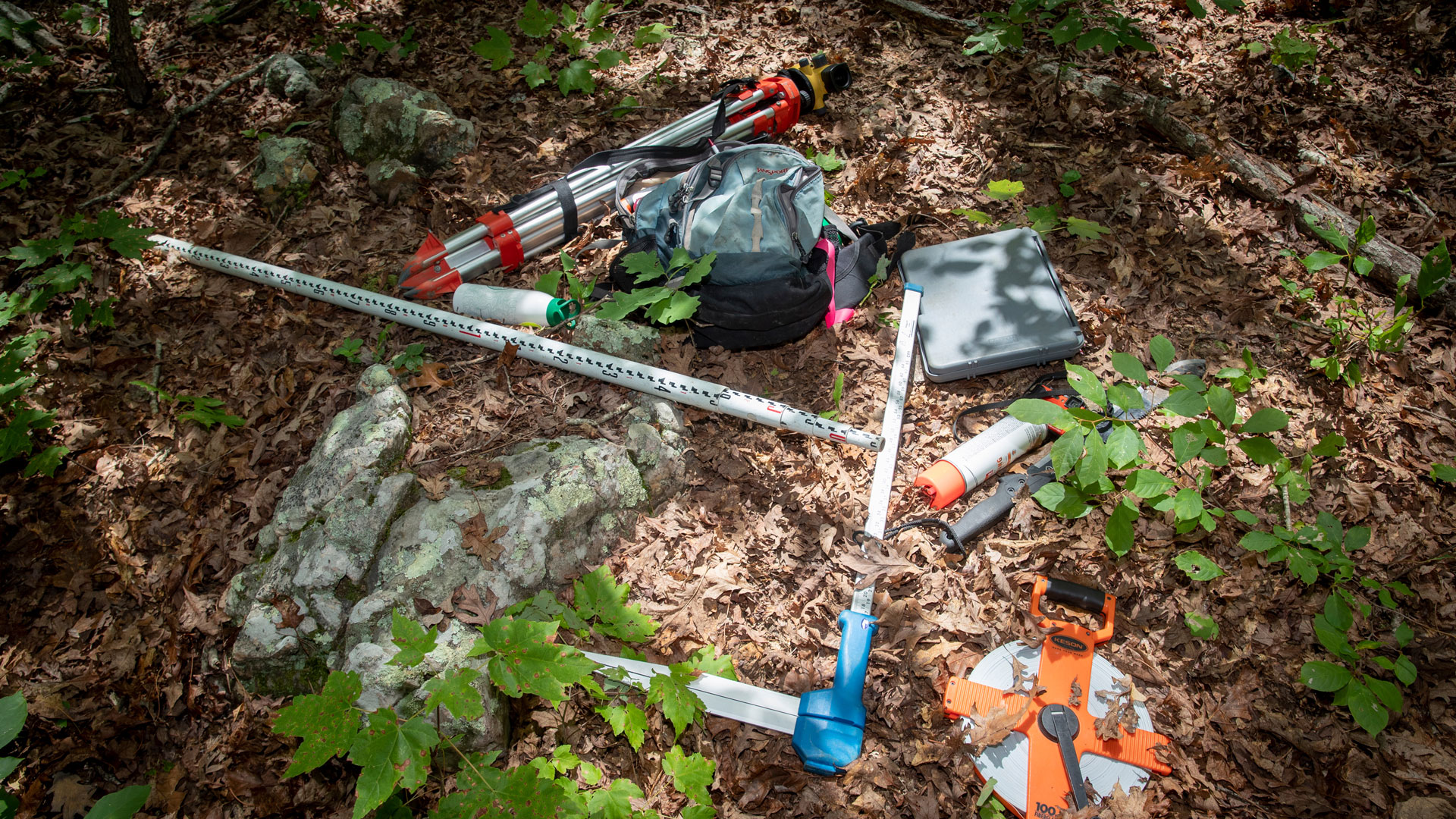 Dr. Robert Pavlowsky’s team uses this surveying and assessment equipment in their study of the Mark Twain National Forest.

“Our research is focused on helping managers understand the effects of their management programs on the landscape, stream behavior and floods,” said Pavlowsky. “We also give the managers third-party support so that their decisions have scientific backing.”

One current project Pavlowsky leads is assessing the impact of prescribed burning in the Mark Twain National Forest.

The U.S. Forest Service contracted with the institute to see whether prescribed fires are increasing soil erosion and harming water quality in the area.

“When we focus on understanding a watershed, we also work with the uplands, hill slopes, floodplains, streams, and local communities.”

Pavlowsky and about a dozen students have been monitoring rainfall, soil conditions, runoff channels and water flow within the Big Barren River watershed in Mark Twain National Forest.

“So the question is,” said Pavlowsky, “does prescribed burning increase runoff from forest soils and cause more flooding and pollution downstream?”

Preliminary results indicate a small improvement in soil conditions one to two years after a burn, compared to unburned sites. This positive effect, in turn, leads to less runoff and soil erosion, and ultimately decreases water pollution in the watershed.

Interest has moved to other parts of the watershed.

“We’re also looking at stream channels because they connect the forest areas, and what washes off them, to larger creeks downstream with year-round water and aquatic life,” said Pavlowsky. 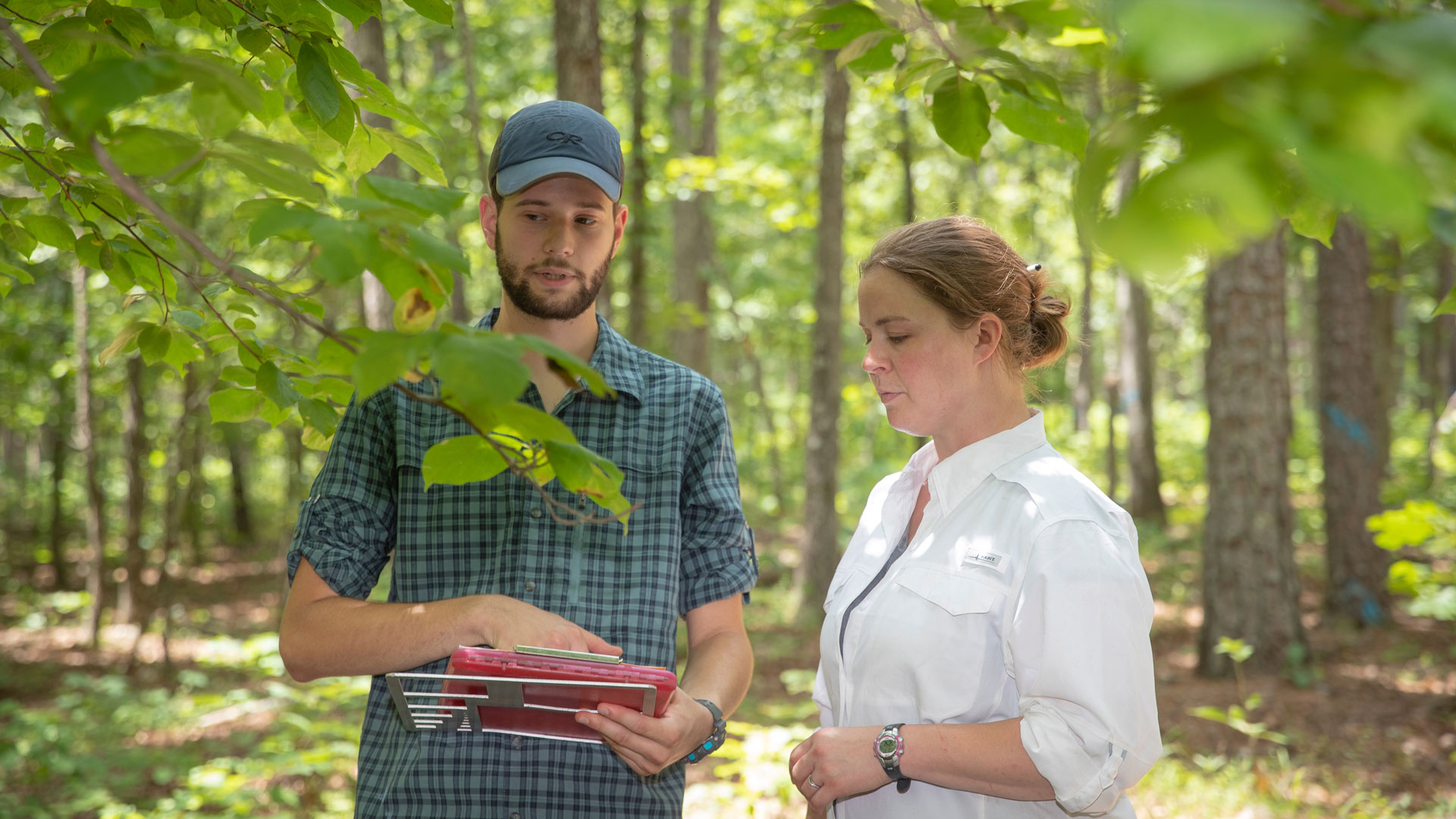 Joshua Hess and Annie McClanahan are working with Dr. Robert Pavlowsky, researching the effects of controlled burning on soil conditions and water quality in the Big Barren River watershed.

Graduate student Grace Roman is evaluating the headwater channels for her graduate thesis. The research is in a sub-specialty called fluvial geomorphology.

“One of his previous students studied how prescribed fires affect soils,” said Roman. “So we’ve gone from upland soils to the water in the stream. And then I’m sure he’ll have someone looking further downstream to see any effects from prescribed burning.”

Pavlowsky involves students in most of his research. Since coming to Missouri State in 1997, he’s mentored well over 150 undergraduate and graduate students.

He sees student involvement as core to the university’s, and his own, mission. 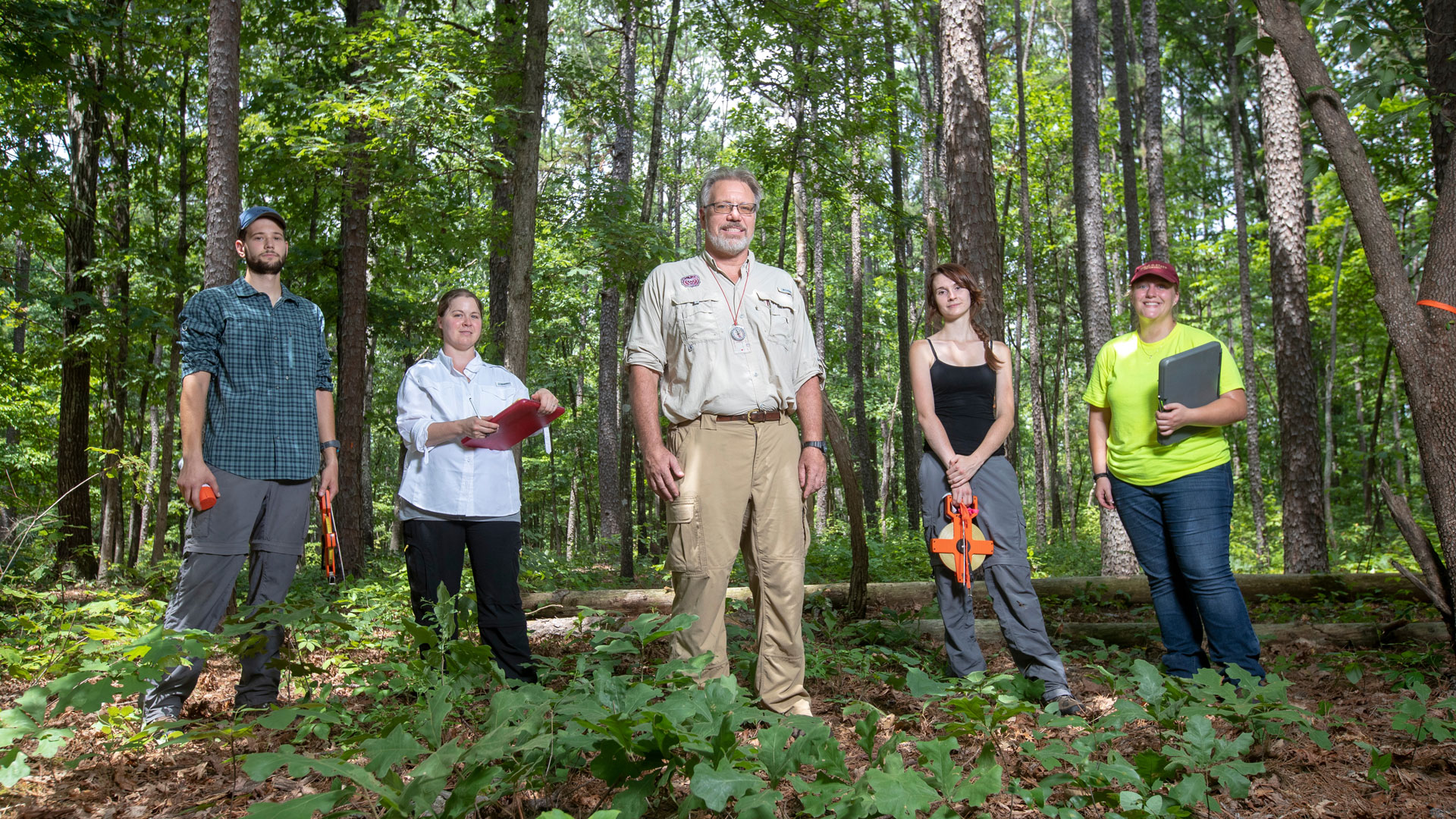 “MSU’s mission is more to educate students in research rather than to produce faculty that dominate in their fields — although some do,” he said.

“I love working on research problems with students. When I was in graduate school, one of the aspects that really affected my future career was noticing that faculty – who were busy, good teachers, and talented researchers – took time to work with me and to mentor me along.”

While most of Pavlowsky’s research is on a specific waterway or area, much of what’s learned has broader implications.

“Our research findings get shared among other scientists and environmental managers, so it adds to our understanding of how watersheds and streams work so that we can better protect them,” said Pavlowsky. “A lot of what we’re finding out can be applied to other streams in the Ozarks.”

Explore geography as a career