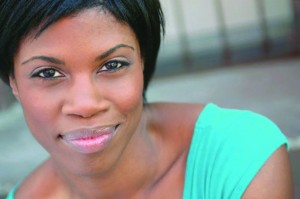 College of Arts and Letters alumna Deidre Goodwin will be recognized among the 2014 Bears of Distinction at the Alumni Association awards banquet during Homecoming. Goodwin has bachelor’s degrees from the departments of theatre and dance and media, journalism and film.

Since graduating from Missouri State in 1992, the New York City resident has worked in television, film and on Broadway. She has taught dance and musical theater workshops across the country and is among the musical theatre conservatory faculty at the New York Film Academy. In partnership with voice teacher Kim Stern, she created The Broadway Warm-Up, a completely synchronized vocal and dance warm-up for professional performers, and produced a soon-to-be-released accompanying video.

About the Distinguished Bears Dinner and Awards Ceremony

Missouri State University alumni and friends are invited to pay tribute to an exemplary group of Bears for their notable successes. Alumni and former faculty will be honored for their dedication, professional achievements and loyalty to Missouri State. The evening will include a social hour, dinner and entertainment by Missouri State musicians and performers. For further information please contact the Office of Alumni Relations at 417-836-5654.