In a panel titled, Preparing for that First Professional Job or How I Survived the Biggest Professional Mistake I ever Made!, alumni Matt Raithel, Darrell Hyche II and Monte Kuklenski will offer anecdotes and advice on their respective professions on Friday, Oct. 17, 1:50 – 2:50 p.m. at Plaster Student Union Theater. 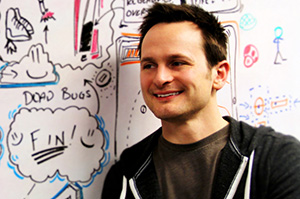 Matt Raithel, studio director at Graphite Lab in St. Louis, helped produced the mobile game app, My Little Pony Party of One, which reached No. 1 ranking in 73 countries by selling over one million downloads in one week (Aug. 3-10). The game was animated primarily by another MSU alum, Matt Stevens (BFA Animation ‘09), under Raithel’s direction. After graduating from Missouri State with a bachelor’s degree in electronic arts, Raithel joined Black Lantern Studios in Springfield, where he served as an art director, director of art and design, vice president of operations and studio president.

Immediately preceding the panel, Raithel will be presenting a master class in the PSU Theater, from 12:20 – 1:40 p.m. on video game development. 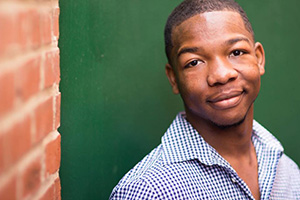 Darrell Hyche II is in his first year with the St. Louis company MADCO, under company director Stacy West. H received his Bachelor of Fine Arts in dance performance and Bachelor of Science in psychology from Missouri State in 2013 and was a member of the University’s Inertia Dance Company under the direction of Ruth Barnes and Darryl Clark. Hyche has performed with the Springfield Ballet and the Ashleyliane Dance Company. As a scholarship student at the American Dance Festival, he worked with Brenda Daniels, Elizabeth Corbett, Sherone Price and T. Lang. He has also been in repertory works by William Forsythe, Nicholas Leichter and Merce Cunningham. In 2007, MADCO was invited to become the Professional Dance Company in Residence at the prestigious Blanche M. Touhill Performing Arts Center on the campus of University of Missouri St. Louis.

Immediately preceding the panel, Hyche will be presenting a master class from 12:20 – 1:40 p.m. in the Art Annex, room 5, on contemporary dance. 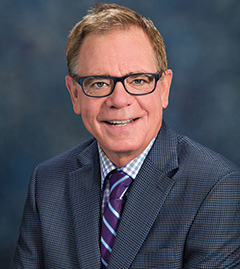 Now a Los Angeles resident, Monte Kuklenski came up during the storied era of Missouri State theatre, sharing the stage with friends John Goodman, Jack Laufer, Tess Harper and Kathleen Turner. After earning a bachelor’s degree in theatre from Missouri State in 1975, he went on to study directing and production at Southern Methodist University, graduating with a master’s degree in 1980 and beginning his career at Fox in 1988.

Later Friday night, Kuklenski will be recognized among the 2014 Bears of Distinction at the Alumni Association awards banquet at the University Plaza Convention Center.