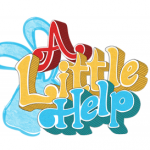 The media, journalism and film department’s second Web series, “A Little Help,” took the top prize for theme music at the 2015 Los Angeles Web Series Festival, also known as LA Webfest, in April. The music was composed by David Greathouse, who also played Dan in the series.

The four-part series had three other LA Webfest nominations and has been selected to screen at the 2015 Miami Web Fest on Oct. 1-4. It won a bronze Telly Award earlier this year.