After a successful first season, students and faculty from across the University are coming together to begin production on season two of the media, journalism and film department-produced Web series, “Show-Me Chefs.”

This time, said show co-producer Ryan Gilyard, they will have more students, newer equipment and an invaluable knowledge base established from the first season.

“In season one, we had to figure out how to problem solve, so it was a learning experience. Season two is going to take the same format as the first, but we’ll make it a lot more structured and more focused.” 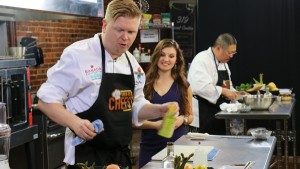 The Web series features chefs going head-to-head in cooking challenges judged by local culinary experts and personalities. In the upcoming season, each episode will have a theme surrounding the food and ingredients used during that round.

The competition will also be opened up this time to lay-chefs — those who cook at home or, like caterers, those who don’t necessarily work in restaurants — as well as culinary students from area high schools and colleges, Gilyard said.

“There is so much talent here in the Ozarks and we want to showcase that. We also feel that as an educational institution, it’s our job to nurture and engage the community around us.”

More MSU students from across disciplines will also be involved: “There’s so much that goes into a television show besides just media production. You don’t have to be a filmmaker to be a part of ‘Show-Me Chefs.’ So we’re trying to reach out to different departments and make it a Missouri State effort, rather than just a media effort,” Gilyard said. 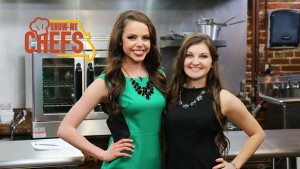 For example, public relations and graphic design students are helping with marketing efforts. Hospitality and restaurant administration students will be invited to plan events and judge challenges. They will also be encouraged to try out as contestants. Other students from relevant departments will be recruited, as well.

Joining Gilyard will be returning producers Daan Jansen and Chelsea Eichholz, and Dr. Deb Larson, the professor at the helm of the operation.

“Dr. Larson is kind of like our spiritual leader,” Gilyard said. “She always is there for us and she pushes us in a good way. We don’t want to disappoint her, so it drives us to do better and constantly be on top of our game.”

Other goals for season two include: 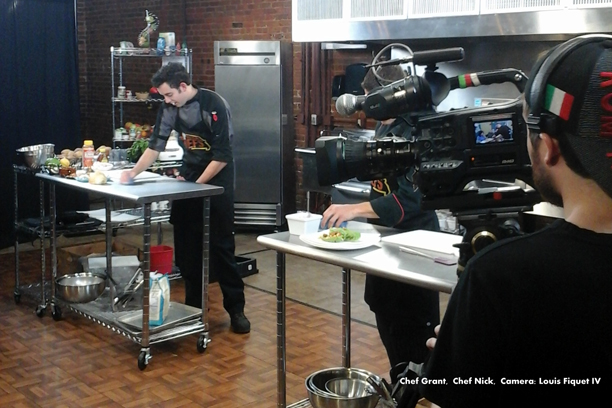 The media, journalism and film department recently replaced its outdated TriCaster, the appliance which takes all of the video footage from every camera and puts it onto one screen, allowing producers to view and switch between every shot to better create the overall video package, Gilyard said.

“Show-Me Chefs” will use the TriCaster to produce season two, but it is available for all media, journalism and film students to use. To find out more about equipment or facility reservations, visit the MJF Production Center website or call the department at 417-836-5218.

Donate to make the show even better

“With a handheld camera, we can zoom in and really get into the action. It’ll also open up a camera that can focus on the judges to hear their perspectives as food critics and actual chefs.  They have a lot of knowledge they can give to the show.”

To donate to the “Show-Me Chefs” fund, visit their crowdfunding page.