The crew of “Show-Me Chefs,” the media, journalism and film department-produced reality cooking series, will be serving up a mouth-watering demonstration at this year’s Public Affairs Conference.

The “Show-Me Chefs Show Us How” presentation will be held in Missouri State’s Plaster Student Union Theater on April 8. Keynote speaker Natalie Allen, an MSU dietetics instructor, and Quintin Eason, MSU’s executive chef will discuss healthy living and the importance of buying locally.

A featured highlight of the event will include a preview of the season two pilot. There will also be a live cooking competition between two chefs.

Ryan Gilyard, a “Show-Me Chefs” producer, helped organize the presentation: “One of the most important components of ‘Show-Me Chefs’ is bringing the community together. It is because Missouri State University plays an important role in the community that the show aims to be the bridge between local food producers and the greater Ozark area.” 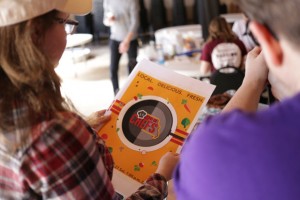 “Show-Me Chefs” is currently filming season two. Its first year was a success both on and off screen.

The show’s executive producer, Dr. Deborah Larson, leads the advanced television class for the students who produce this show. The experience is teaching them cultural competence, ethical leadership and collaboration, she said.

“We are working with professional business people all over the community — culinary, agriculture, food production, business sponsors and the television business — to make this an entertaining broadcast television show that people will want to watch and support season after season. It’s collaborative learning and leadership at its best.”

Season two premieres this fall on KOZL-TV. Visit their website to catch up on season one or to browse photos and videos. 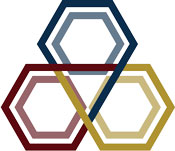 Come to the PAC event