By the time Brad Woodall entered Missouri State, he knew what he wanted. His dad worked at KY3 for more than 30 years, so he learned technical media skills at a young age.

“I grew up in that environment and knew early on that’s what I was going to do,” Woodall said. 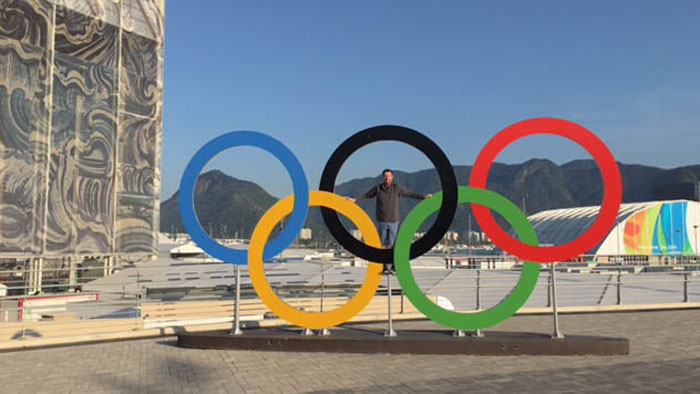 He studied mass media and found his courses in organizational communications and marketing especially helpful for collaborating on deadline.

“You could be meeting with a group of people you could be working with for the first time, with the common goal of getting the show on the air,” Woodall said.

As a student, he began working as a technical director for Mediacom. He covered Bears men’s and women’s basketball games for six years. He graduated in 2007 and continued securing other freelance jobs.

Working at the Olympics

Now he primarily works for NBC, CBS and FOX and has worked at the past three Olympic Games: in London, Sochi and Rio. During the most recent Olympics, Woodall worked as a technical director for gymnastic events and the closing ceremony.

“In laymen’s terms, anytime you’re watching a live sporting event and something changes on the screen, I’m doing that.”

He follows directions from the director and producer, who’ve decided how to present events based on storylines. He implements the stories on the technical side. 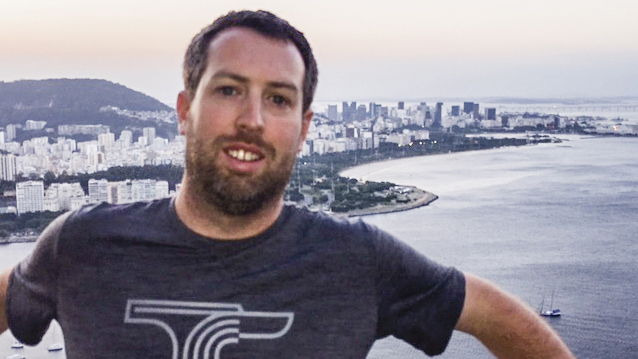 Sometimes the story changes, like during the men’s gymnastics floor exercises in Rio: “Two Brazilians medaled — and they didn’t ever expect to be medaling. A person falls and all of a sudden you have two hometown Brazilians getting second and third.”

Woodall enjoyed his time working in Rio, even though the pressure was high for such widely-viewed events.

“When producing a high profile event such as the Olympics, we make every effort to make sure we have told the story accurately with no production mistakes.”

This post was shared from the MSU Alumni Association blog.