Dr. Andy Cline set out to write a book about the changing landscape of urban communities — particularly the mass migration of suburban residents to more central neighborhoods within walking distance of commerce. That idea evolved into a full-length documentary film, “Downtown,” that recently won best film in the Urban Sociology category at the 2016 New Urbanism Film Festival.

Cline, an associate professor in media, journalism and film, recruited several former and current students to help him complete the film project. The film showed locally at a local independent cinema, The Moxie.

A photojournalist in a former life, Cline said he admittedly knew little about filmmaking before beginning “Downtown.” He has relied on the expertise of his crew to teach him the ropes.

What he does know is a good story when he sees it.

Urban renewal at crux of trend

The New Urbanism movement is not terribly new. For the last three decades, people have been fighting the sprawl of suburbia and advocating for sustainable living. Many larger cities have reverted back to its roots of mixed-use, walkable neighborhoods.

Springfield is finally catching up. 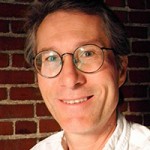 line said baby boomers — his generation — and millennials are flocking to downtown areas to escape the confinement that comes with maintaining landscaping and driving miles into town for work and entertainment.

“It doesn’t take many from America’s two largest generations doing a thing to make a trend,” he said. “And in a place like Springfield, the movement of 250 to 500 people can cause a Heers, a Sterling, a McDaniel to get built. They can’t build stuff fast enough.”

“Downtown” details the difficulties and opportunities metropolitan areas face as more residents seek out sustainable, human-scale communities. The scope of the documentary’s reporting is national, Cline said, but the stories are based in Springfield, a microcosm of the trend at large.

One interesting topic explored in “Downtown” is ways trust is established in urban areas where people of all socio-economic backgrounds converge. How do you create an environment where all feel comfortable to work and play?

Cline was inspired during his work on “Downtown” to incorporate documentary filmmaking into his role as an educator. He’s developing two new film projects to work on with students as part of classes offered at Missouri State.

Last summer, he and geography professor Dr. Paul Rollinson took a group of students on a study away trip to the Trans-Siberian Railway. Cline’s students are creating a short film about their travels.

He has also begun work on a full-length documentary about the impending student debt crisis and the potential it has to undermine the economic well being of an entire generation.

Following along with the progress of Cline’s projects on his website, Carbon Trace Productions.