With new additions to the music department and interesting projects and concerts on the horizon, here is a preview for what to expect from the music faculty this year.

This is only a partial list of the exciting news across the department. To submit faculty news for the departmental or College of Arts and Letters blogs, please contact COAL by email. 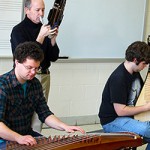 The music department will host several visiting musicians who are teachers and students from Qingdao University in September. The group will participate in a residency program to teach MSU students to play traditional Chinese instruments.

They will also perform a concert with instruments such as the dizi, erhu, pipa, guzheng and yangqin. The event will be at 7:30 p.m. Sept. 30 at Ellis Recital Hall. The music will range from traditional Chinese melodies to more recently written arrangements, including “Xiao Hong Mao,” the Chinese version of “Little Red Riding Hood,” arranged for Chinese ensemble by MSU Professor Dr. John Prescott.

How do you say love in German?

This two-day festival will take place at Ellis Recital Hall Oct. 23 at 5:30 p.m. and Oct. 25 at 3:30 p.m. Audiences will have the opportunity to hear songs, piano transcriptions and chamber music that reflect Heine’s influence, and a German professor will speak briefly about the poet and his works. Composers Robert Schumann and Franz Schubert will also be represented.

Chapman, an assistant professor in voice, said various faculty, guests and students will perform. The event is free and open to the public. 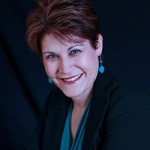 “Speed Dating Tonight!” was written in 2013. It is a witty and endearing peek into a sometimes romantic and often ridiculous speed-dating event. The attendees include a cat lady, a guy who loves his muscle car, a triathlete, and many more.

The event is free and open to the public. 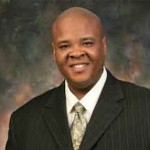 Dr. Richard Todd Payne has been selected to perform the role of “Hero/Louis Armstrong” in Dave Brubeck’s Jazz production of “The Real Ambassadors” during Rhodes College’s jazz week April 5-11, 2016, in Memphis, Tennessee. The production is a collaboration between Rhodes College, Opera Memphis and Stax Records. It will take place in Memphis’ Playhouse on the Square.

Rhodes College music department chair Dr. William Skoog has also invited Payne to be his bass soloist in Dvorak’s “Te Deum” at the 2016 Prague Festival in the Czech Republic.

Randy Hamm, director of jazz studies, has received a donated collection of Les Brown and His Band of Renown instrumental and vocal jazz charts.

Hamm will work with the Missouri State library to make digital copies of the charts and form a digital publishing company, where the charts will be made available for purchase. Proceeds will be used to endow the jazz studies program.

Louisiana native Dr. Craig B. Davis will be the interim associate director of bands next year while also leading the University Wind Ensemble. Davis was recently an assistant instructor at the University of Texas-Austin.