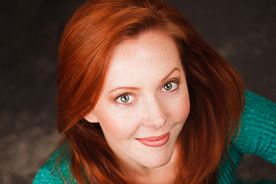 MSU Theatre and Dance students had the amazing opportunity Monday afternoon to participate in a masterclass with three of The Broadway Dolls, including MSU Theatre and Dance alumnus Hollie Howard. In addition to being a member of The Broadway Dolls, Hollie is also the creator of the group that tours nationally and internationally. Hollie Howard, Heather Parcells, and Nicolette Hart all led the masterclass, which included learning a portion of the iconic choreography from the opening of A Chorus Line followed by a mock audition, as well as learning a portion of one of the dances that the ladies perform during their show at Juanita K Hammons Hall on Tuesday night. Following the dance class and mock audition, students had the chance to participate in a Q&A with Howard, Parcells, and Hart, who have performed in Broadway shows ranging from RENT to Thoroughly Modern Millie to Annie Get Your Gun. It was an exciting, informative, and fun afternoon for all involved!