Research never ends for any genre or interest. Chris Herr, interim department head of theatre and dance, knows all about it. He recently was published as part of a larger anthology about the world of drama, focusing in particular on American political theatre. 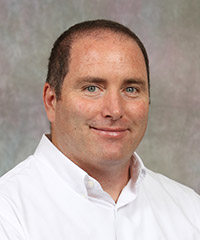 His chapter entitled “American Political Drama, 1910-1945” in The Oxford Handbook of American Drama.

Herr began his research by looking back at more than 35 years of plays. “I had to go back and research. I had to go back and reread plays and reacquaint myself. There were a lot of interlibrary loans because most of the plays I was delving into were out of print,” said Herr. “I tried to generally create categories for plays to see if there were certain trends. I was able to find some and write a survey of the era, roughly 25 pages to cover 35 years of plays.”

Herr hadn’t even taken a theatre course until he was in graduate school working on his master’s in literature. It took one class to propel him into the world of theatre and pique his interests in political theatre and the realm of drama itself.

“I had a dramatic lit professor who I really liked, and that’s what got me interested in the field. I had always been interested in literature, but I started focusing on drama,” said Herr.

Teaching what he knows

Herr likes to research drama through a historical literary perspective – something he loves to share with students in the classroom.

“I like being in the classroom and being able to talk about stuff I find really interesting and they find interesting. Or at least I hope my students do,” said Herr.

“This semester I’m teaching a graduate seminar on the period I wrote the chapter on and that’s pretty fun. I enjoy rereading all of the plays with students and show my expertise in the area. I hope to give them all a deeper understanding of American drama.”