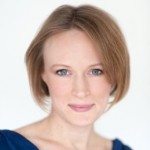 Nicole Van Giesen is an understudy for the muscial’s roles of Alison and her mother Helen. She graduated in 1994 with a Bachelor of Fine Arts in theatre.

Stephen Milosevich, the show’s sub stage manager, graduated in 2011 with a BFA in theatre for design, technology and stage management.

It follows the memories of Alison, a 43-year-old graphic artist, as she looks back at various stages in her life trying to recreate moments between her and her dysfunctional family, especially her closeted father, as she reflects on her own journey as a lesbian.

For its public theatre run, it won Obie and Lucille Lortel awards for best musical. The graphic novel was a Pulitzer finalist for drama in 2014. Bechdel is also a McArthur genius grant recipient.

“Fun Home” received a total of 12 total nominations at the 69th Annual Tony Awards on June 7 with five wins, including best score where composer Jeanine Tesori and playwright Lisa Kron were the first all-female team to ever win in that category.