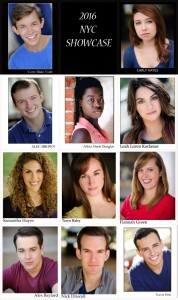 It’s showcase season, which means many College of Arts and Letters students will be traveling to New York and Los Angeles over the next two months to perform for industry professionals including agents, managers, casting directors, directors, producers and Missouri State alumni.

Theatre and dance and music students will travel to New York City March 5-11 to participate in audition, dance and vocal workshops.

Seniors in musical theatre will meet with casting agents and gain valuable feedback about his or her image.

On March 7, the group will also perform a cabaret show with the MSU Jazz Studies Ensemble at (Le) Poisson Rouge for university-wide alumni and special guests. Admission is free, but an RSVP is required to be added to guest list. 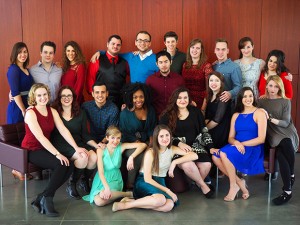 Seniors in acting will be in Los Angeles From April 2-7 to engage workshops, panel discussions and performances.

On April 5, the group will participate in an open dress rehearsal for industry professionals and perform in a showcase at the Falcon Theatre. The showcase performance is open to Missouri State alumni and friends.