“‘Tuck Everlasting’ had a profound effect on me,” Tysen said. “When you’re connecting to a character who is the same age as you are and also dealing with universal questions (of mortality and the afterlife) — this book really helped me deal with that.”

Now, nearly 30 years later, the spark that ignited his love of reading has taken him all the way to Broadway.

Tysen, an award-winning writer and lyricist, was the first student to graduate from Missouri State’s musical theatre program.

Throughout college, the story of young Winnie Foster — who comes to love and protect the Tucks, a family who cannot die after they drink from a spring in the Foster family’s woods —stuck with him.

And when they compared their lists of dream projects, “Tuck Everlasting” was at the top for each of them. Tysen said they took that as a sign to seek out the theatrical rights.

Unfortunately, they weren’t the only ones interested. The Walt Disney Company had just bought the cinematic rights for a movie, which would premiere in 2002.

It would be nine years before their vision would be fully realized, and as “Tuck” author Natalie Babbitt writes, “Things can come together in strange ways.”

Tysen and Miller have gained acclaim in the theatre industry with musicals such as “The Burnt Part Boys” and “Fugitive Songs,” and work for the television series “Sesame Street” and “The Electric Company.”

Tysen, 39, was awarded the Edward Kleban Prize for most promising lyricist and the Fred Ebb Award for excellence in musical theatre songwriting in 2014.

“It took us 16 years to be labeled overnight sensations,” Tysen said.

In 2006, they decided to give “Tuck Everlasting: The Musical” one last shot, pitching the idea to Beth Williams, a producer at Broadway Across America.

“The serendipitous moment of all of this is that night, after a meeting with us, Beth met with another producer, Barry Brown. He slides a book across the table to her and says, ‘So I just got the rights to this book called ‘Tuck Everlasting, and I’m looking for a partner.’”

“Tuck Everlasting: The Musical” made its Broadway debut in April 2016 at the Broadhurst Theatre.

Tysen, the lyricist, wrote all the words for songs, and Miller composed all the music. 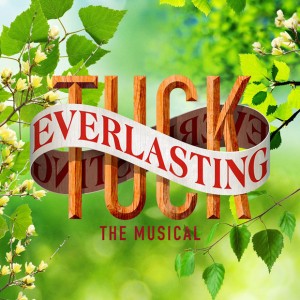 “There’s this magical moment when you start adding in all of the technical elements — lights, costumes, set —it’s like you’re letting your baby be raised by a family of the best artists in the world,” Tysen said.

That “family” included director and choreographer Casey Nicholaw (“Something Rotten!,” “Aladdin” and “Book of Mormon”), as well as book writers Claudia Shear and Tim Federle.

But the best review, Tysen said, came from the book’s author, Babbitt, who collaborated on the musical, too.

“She was happy that we were loyal to her material, but understood we had to take some liberties in order to make it a viable musical. After seeing the Broadway production, she said, ‘You cracked part of the ending in a way I never could have.’ That was awesome!”

The show, which has now closed, ran for 67 performances and his dream, 15 years in the making, will now be forever immortalized in Broadway history.

The wheels keep moving for Tysen, who is enjoying life as a new father to baby Lucy with his wife, theatre writer Kait Kerrigan.

As for his work, he’ll continue doing what he’s been doing all along: “Following my heart, finding what makes my happy and doing my hardest to making a living at it.”