Instead of going into the medical field, Jennifer Baxter switched majors after her freshman year of college.

She transferred to Missouri State and discovered the family and consumer sciences (FCS) program.

“My experience there (at Missouri State) was wonderful,” Baxter said. “The College of Education was wonderful. I had wonderful advisors and people to guide me in the direction that I was going.

“I don’t think I had a negative experience at all, with any class I took. I never felt like any of them were a waste of time.”

Now, she teaches vital life skills and prepares the next generation of teachers.

That’s why she loves teaching FCS.

“What we’re teaching, it’s real life,” Baxter said. “(Students) are going to use it in their everyday life as adults.”

Baxter is one of four FCS teachers at Willard (Mo.) High School.

FCS is traditionally known as home economics, or home ec.

“In child development, (students) are getting so much of what the real world is like if they’re parents or if they work with children,” said Baxter, who has two degrees in FCS from Missouri State. 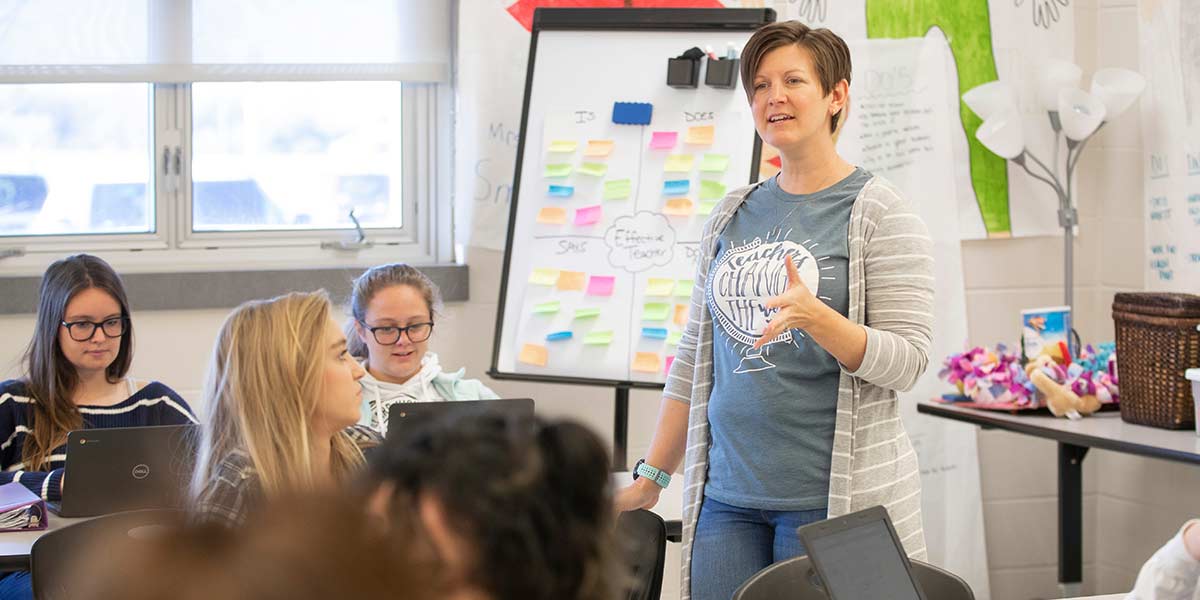 Baxter teaches the child development track for all grade levels (9-12) at Willard High School. Her senior-level class – the Educational Internship Program (EIP) – is a dual-credit course for Missouri State.

“(My students), they all want to be teachers,” Baxter said.

EIP is the equivalent to ELE 302, a three-hour course at Missouri State.

The students are in Baxter’s class for three days a week and spend the other two days at practicum sites. They teach and mentor students at nearby intermediate and elementary schools.

At the end, they have a head start on college.

“They come out of the school year with three credit hours toward MSU,” she said.

The most rewarding part? Seeing her students grow and gain confidence.

“I like to see the potential they have, especially with teenagers,” Baxter said. “They don’t always have a lot of good self-esteem. They second-guess themselves a lot.”

“I like to be the one to help them see that they have a lot of potential.” 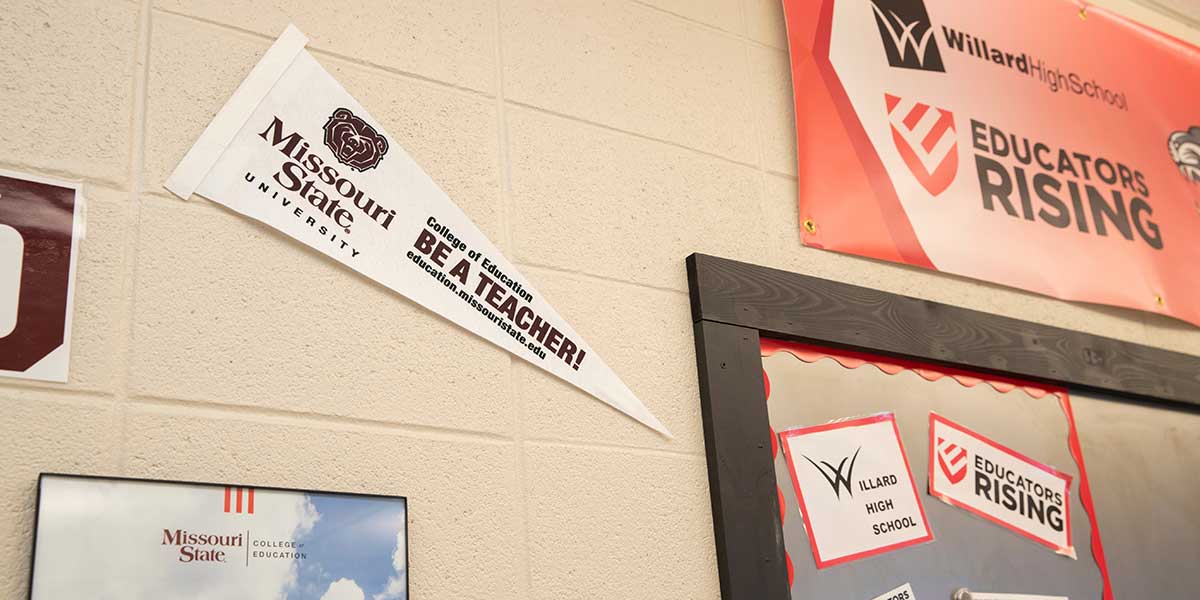 As a Bear Ambassador, she’s quick to mention Missouri State.

“I’ve had multiple (students), when they know that’s where I went and I talk so highly of my experience, I think that solidifies it for them,” Baxter said. “If I went there and I talk highly of it, then they want to do the same.”

“Missouri State’s reputation is unmatched. Transferring and completing two degrees at (MSU) were the best career decisions I have ever made.”

Baxter transferred to Missouri State after her freshman year at another in-state school. She found her calling by taking a one-credit, intro class in FCS.

“I researched more about (FCS) careers, interviewed a few (FCS) teachers and thought that was the direction I should go,” she said. “I spent some time in classrooms, and I loved every bit of it.

“At this point of my life it’s probably not worth going back for another degree, but I love to learn. I would go there over and over again.”