Cheek 151 had a face lift. With 50 new computers, a lounge for graduate students to study, and dedicated space to the computer science department, it’s looking good.

Reason one: Computer science recently expanded and added a new master’s program. They needed more classroom space. They also no longer have to compete for lab time with the undergraduate program.

Reason two: To recruit potential students, computer science needed the facilities to match the caliber of the program.

Reason three: Not all graduate assistants have an office to work; this alleviates this problem.

Reason four: Before this space, there was no dedicated space where graduate computer science students could work. Now, Dr. Lloyd Smith says he sees students in there all the time, even at 10 p.m. when he’s leaving for the night.

While the lab is primarily used as a work space for graduate students, it also adds space for classes to be held.

The only downside to classes in Cheek 151 is that the acoustics are created for workspace. This means that students can work in different areas and not hear each other. Luckily, a microphone picks up the slack for classes.

“Sometimes it is better to work without computers for a while, even for computer scientists, when planning out a research project,” Clark said. 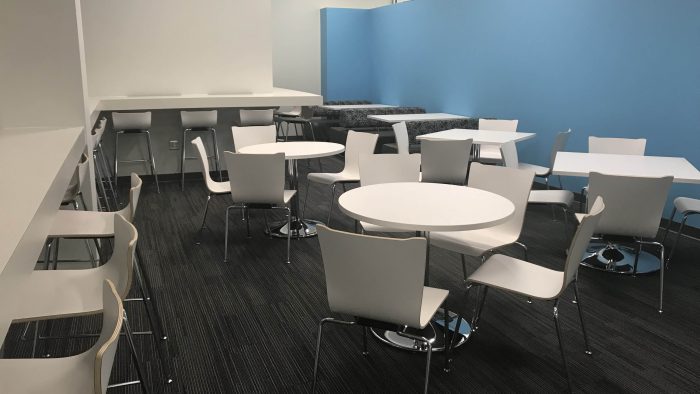 Smith echoes this, saying that sometimes groups need to spread out, away from technology.

Though the space is small, students are finding use for it as a group work space or killing time between classes.