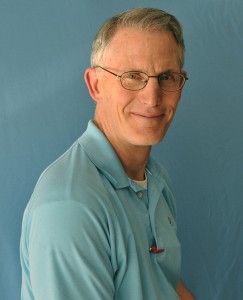 Missouri State’s College of Arts and Letters announced today that Robert Westenberg will join its faculty in the fall 2016 semester as musical theatre coordinator and associate professor in the theatre and dance department.

Westenberg, a Tony Award-nominated actor, comes to Missouri State from Drury University, where he was chair of the theatre program, assistant chair for the department of fine and performing arts and associate professor.

Westenberg said the University’s dedication to the performing arts, along with the college’s enthusiastic faculty, staff and student body attracted him to Missouri State as he was looking for an opportunity to transition from teaching in a Bachelor of Arts to a Bachelor of Fine Arts program.

“The level of professionalism and commitment to excellence is inspiring,” he said. “The students are focused, talented and serious about their futures as theatre professionals. It will be a privilege to be a part of their growth.”

“We are thrilled to have Mr. Westenberg join our faculty,” Galanes said. “It is rare to find someone with outstanding academic and professional experience, and he has both.”

Westenberg has 25 years of success on and off Broadway

Before coming into teaching in 2005, Westenberg enjoyed a 25-year commercial career with work on Broadway and Off-Broadway, national tours, regional theatres, television and film.

His Tony nomination — and Drama Desk Award — came in 1988 for the role as Wolf and Prince in the original Broadway cast of “Into the Woods.”

Other Broadway credits include his award-winning performance as Niko in “Zorba” and the titular role in “Sunday in the Park with George,” where he replaced Mandy Patinkin.

Westenberg is a graduate of California State University-Fresno and holds a master’s degree from Denver’s National Theatre Conservatory. He also studied at the American Conservatory Theatre in San Francisco.

He said he hopes to bring the benefits of a broad theatrical professional experience as an actor, director, teacher and administrator to the program.

“I want to provide our students a level of professional training that is second-to-none in the country, and then at the end of their student life, to serve as a liaison between their academic and professional worlds.”

For more information about Westenberg or the musical theatre program, contact the department of theatre and dance at 417-836-4400.