The Springfield-formed dynamic bluegrass quintet The HillBenders will be the headlining entertainment for this year’s Ozarks Celebration Festival. They will perform in the kick-off event Ice Cream Social & Concert Under the Stars. 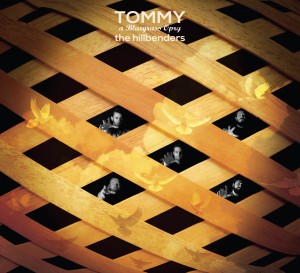 The band is known for its high-octane shows, tight harmonies and stunning instrumental prowess, and they are blowing audiences away with their bluegrass rendition of the famous rock opera, “Tommy.”

South by Southwest festival co-founder and longtime musician/producer Louis Jay Meyers handpicked the group to re-imagine The Who’s “Tommy” as a Bluegrass Opry. The HillBenders brings a new perspective to “Tommy” with sounds of banjo, dobro, mandolin, bass and guitar, while paying total respect to its creators.

“Rolling Stone” magazine named the group’s South by Southwest “Tommy” performance one of the top “50 Best Things We Saw at SXSW 2015.”

Bringing bluegrass into a new era

The HillBenders are one of the few bluegrass groups that recognize their ability to bridge the gap between the common music consumer and the bluegrass genre, selecting material that defies any hillbilly stigmas. With their widely varied influences, they are trying to bring to bluegrass songs that unify.

“We wanted to pair bluegrass with the other music we grew up with — rock and roll!” said HillBender Nolan Lawrence.

Recently signed to Nashville-based roots music company the Compass Records Group, the HillBenders will release their new album “Can You Hear Me?” on Sept. 25, presenting an intensely charismatic album imbued with the spirit and energy of their live shows.

“Our music appeals to anyone that can enjoy a fun performance. We share a passion for the music, a passion to perform,” said guitarist Jim Rea, “It’s evident we have fun on stage. People come up to us and say sarcastically, ‘liven up!’”

Who is in the band?

When to catch them

Concert Under the Stars