When Dan Shelley began interning at local radio station KTTS in the early 1980s, he knew he’d found the place for him.

“I was only supposed to be there six hours a week, but just hearing the sound of the UPI news ticker and the national weather service wire,” he remembers. “I just couldn’t leave. If someone rushed out the door to cover a breaking news story, I’d jump in the car with them. They literally had to tell me, ‘You can’t be here this long. You have to leave now.'”

Shelley felt such a connection to the station, he’d take on even the least desirable tasks. “Back with the old wire service machines, you had to change the ribbon every so often,” he says. “That was the dirtiest job in the newsroom; no one wanted to do it. But I would change the ribbon just to have an excuse to stick around longer.”

“I’d do anything to stay in that environment because it was so exciting and so real.” 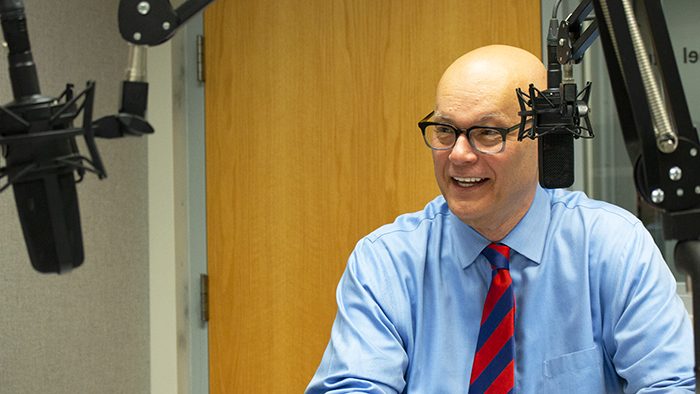 His enthusiasm quickly led to a part-time job with KTTS, which developed into a position on the reporting staff. Within three years, he became the news director of KTTS.

Shelley remembers, “The rest, as they say, is history.”

Evolving for the digital world

“It was during this time that ‘digital’ started becoming something. I got very interested, and then, in the early 2000s, broadband became widely available,” Shelley says.

“I knew that as a traditional media person, I had to transform my career and help our stations transform.” 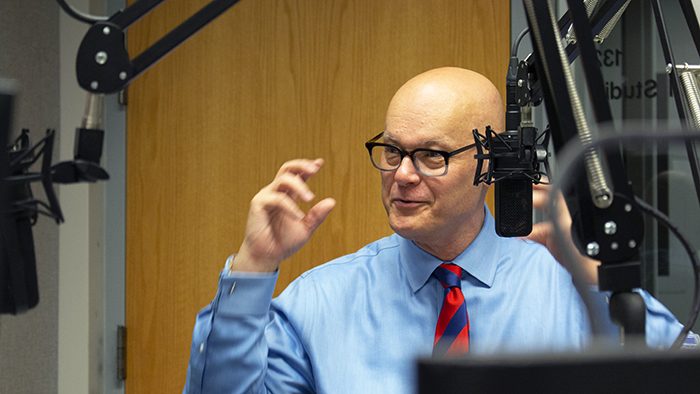 Shelley says, “One of my jobs was to travel the world and speak about the future of broadcast journalism. I told people that someday radio, television and newspapers as we know them will not exist. There will be audio, video and text delivered on computers and other platforms we haven’t even thought of yet. If we don’t prepare for that, we — as an industry — won’t be around.”

One of these presentations caught the attention of a CBS executive, who recruited Shelley to WCBS, the company’s flagship station in New York, where Shelley served as the executive editor of digital media.

From there, he continued his work with digital content — helping direct journalists through a rapidly evolving media landscape — first as the director for all WCBS-TV digital media and then at comparable positions with Radio One and iHeartMedia.

Shelley now serves as the executive director of RTDNA. In this role, he leads the organization’s efforts to provide professional development to, advocate for and recognize journalists all over the world.

As part of its mission, RTDNA honors outstanding journalism with the Edward R. Murrow Awards, which Shelley describes as “the ‘Pulitzers’ of broadcast and digital mediums.”

He’s particularly pleased with how the Murrow Awards highlight innovation in the industry.

“In 2017, ’13th,’ which was produced by Netflix, won the news documentary category. That was the first time a digital pure play had won a Murrow Award. I was so proud of that,” Shelley says.

“Journalism comes in all forms now. You can consume it anywhere you want. It comes through your Netflix account, through Apple TV and Roku. It comes on your smartphone. Responsible journalists must have some expertise in all of these areas.”

“The days are long gone when we, as journalists, got to decide what people needed to know and when they got to consume it.” 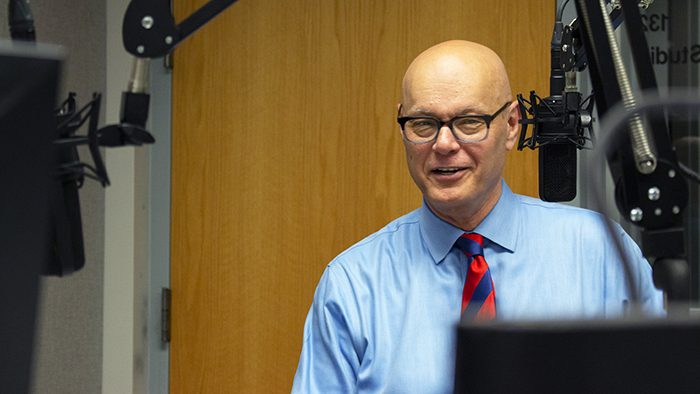 Shelley, who earned a Bachelor of Science in Communication from Missouri State, has been selected as the 2018 recipient of the Outstanding Alumni Award.

He will be recognized as part of the Bears of Distinction Dinner on June 23.

Dr. Shawn Wahl, interim dean of the College of Arts and Letters, describes Shelley as “an outstanding representative of Missouri State alumni.”

Wahl says, “Dan Shelley is a passionate defender of the freedom of the press. This service directly relates to our public affairs mission and our charge to promote engaged citizenship and ethical leadership.”