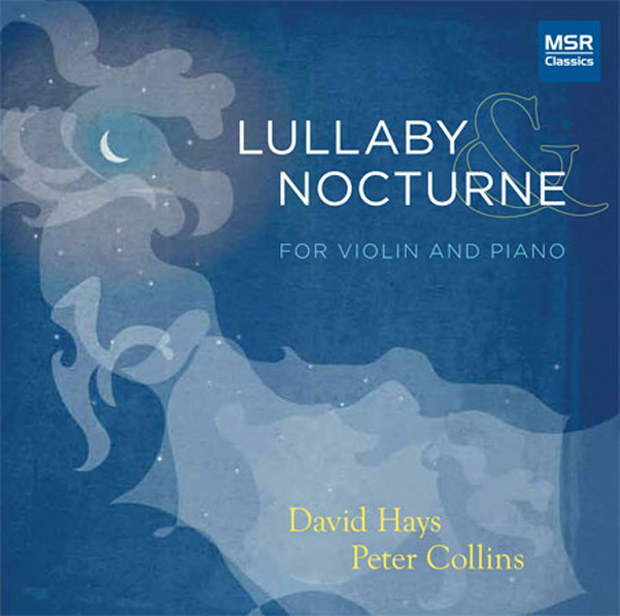 Dr. David Hays and Dr. Peter Collins, professors of music in the College of Arts and Letters at Missouri State University, have released a CD titled “Lullaby and Nocturne.” The album consists of 18 tracks suitable for children and adults.

“Lullabies exist in every culture and many beautiful lullabies have been composed or arranged for the violin,” said Hays. “We also expanded the idea of music of sleep to encompass ‘night music,’ for the nocturne is music of the night.”

The university awarded the professors a faculty research grant in the fall of 2010, covering  most the cost of recording and editing for the project. The album was approved for production by MSR Classics, a leading United States producer of classical music, through a selective process in summer 2012.

“The inspiration for the CD came partly from conversations I had with my mother, Barbara Hays, about lullabies as part of music therapy,” said Hays. “She learned in her study of music therapy that lullabies have been used with adult patients as well as children.”

Hays has been one of several musicians on a number of albums but “Lullaby and Nocturne” will be his first solo CD. Collins has recorded approximately 12 CDs, several as a solo artist.

“We believe the project is important because the works have artistic merit and stylistic range and some are virtually unknown,” said Hays. “We also believe the CD can be used in various therapeutic settings.”