Changes on the horizon for summer 2016 academy

That is not the only change this year. Director Ray Castrey, who has been with MFAA for two decades, retired at the end of summer 2015. Melissa Herr has taken over the position. And Ellis Hall will be undergoing renovations during the summer, so daily assemblies and evening performances will be relocated to other MSU campus facilities.

A day in the life of MFAA students

Three students from the 2015 academy describe their artistic journeys in hopes to inspire others to join them for 2016. 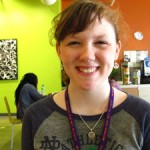 Maura Shimmens wakes up nearly three hours before her first class begins. Sometimes she goes for coffee with other students, but most days she finds a peaceful place to be alone, meditate on what she’s learning and get ready for a day of constant interactions and performances.

Shimmens, soon to be a junior at Helias Catholic High School in Jefferson City, Missouri, is more than 130 miles from home living among 93 other high school juniors and seniors she’d never met. She’s soaking in the experiences at MFAA, and it’s transforming her, she said.

“Before I came here, I was slowly losing confidence. I’m learning how to not forget that I’m valid in whatever I do. I’m learning to not only show others how confident I am, but show myself.” 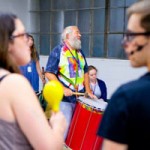 MFAA is a three-week summer residential program for highly motivated student artists in visual arts, theatre, dance, creative writing and music. The academy, which celebrated its 20th year last summer, offers an intensive schedule of classes in interdisciplinary and discipline-specific arts, and a wide range of co-curricular activities.

Art from an interdisciplinary perspective

The interdisciplinary aspect is key, said former MFAA Director Ray Castrey, who has been with the program for all of its 20 years, starting as a part-time teacher after the academy’s inception in 1995.

“It is probably the most difficult to implement, but I have a pretty strong feeling that it is the most important part.” 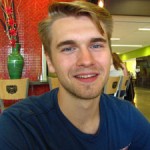 Baylor Barnes, a senior at Springfield’s Parkview High School, can attest to its powerful effect. He came to MFAA with a focus in theatre, but he found a passion for painting, an art form he previously thought he was terrible at: “Growing up, I thought, ‘I can’t draw. I can’t paint. I can’t do anything like that.’”

Barnes had five paintings in the works by the middle of the program’s second week.

“There’s no such things as bad art. I guess that’s one of the biggest things that I’ve learned,” he said. 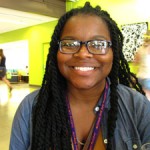 Learning from one another

Leah Sutherlin will be a senior at McCluer North High School in Florissant, Missouri. She said her friends recommended she come to MFAA, and she’s glad she did.

“This is a once-in-a-lifetime experience to get to know other people and their backgrounds, and incorporate their knowledge with yours. You learn a lot from the students. The teachers, too, but the students are the really big teachers in the program.”