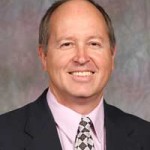 Genesis of the piece

The piece features two oboes and chamber orchestra. It premiered in the U.S. at the 2015 Composition Festival with Libby performing with music department head Dr. Julie Combs.

Prescott was asked to compose “Baroque Concerto” for Libby and Professor Yu Hao after a series of collaborations Libby. 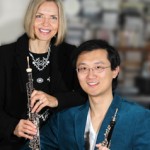 Libby studied Chinese oboes, suona and guanzi with Professor Meng Lei while he was at MSU in 2007 and 2012. After Hao’s performance at Missouri State’s 2014 Double Reed Day, the composition project began.

The work’s China premiere will take place with the Qing Dao University Chamber Orchestra on May 29 with Prescott conducting. Libby will also present master classes to students while in residence.