One of the film projects from last semester’s MED 562 digital filmmaking course has been chosen to screen at the Minneapolis Underground Film Festival in October.

Comedy based on one-act play, produced by students

“Lunch” was produced and written by Max Pratt, a recent Missouri State graduate, during the spring 2015 semester. It is a short comedy based on a one-act play written by Pratt. The production included fellow students Audrey Davis, director, Andrea Welker, director of photography, and Dave Stankoven, sound designer and editor.

Lunch is a light-hearted, slice of comedy following the young duo, Jeff and Bailey. Lost in translation, the couple finds themselves succumbed to life’s routines, falling into the mundane. With the newlywed spark vanished, Jeff and Bailey find refuge in their neighbors, Marge and Norm. Amidst the unexpected help of the neighboring pair – secrets are surfaced, needs are met, and an early lunch is served. 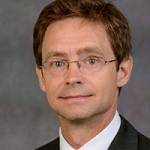