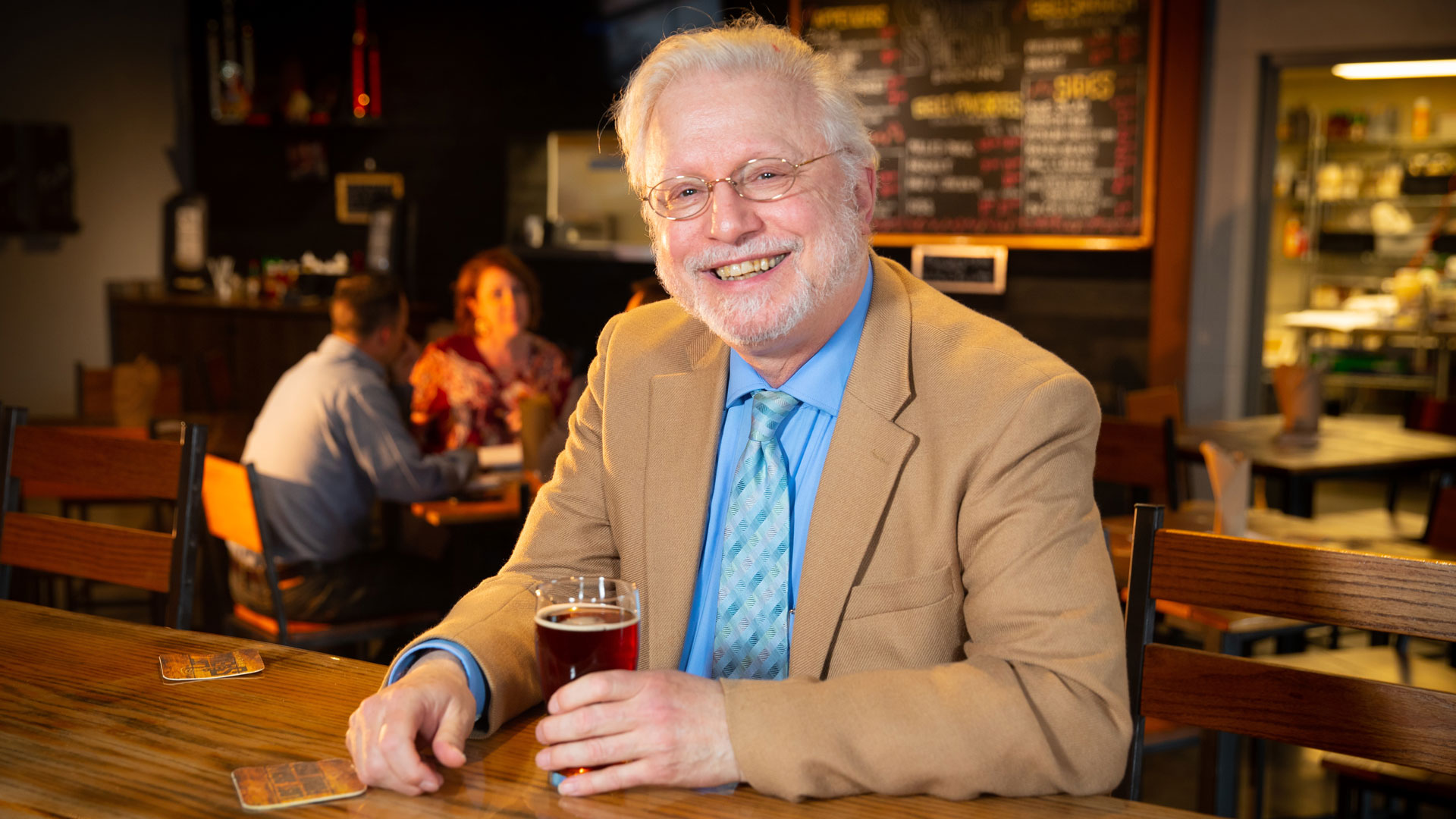 The smell hits you before you walk through the door. Drop by your favorite local bar and you expect the smell of deep-fried fare.

Gutzke, a distinguished professor of history at Missouri State University, set the stage in his book, “Pubs and Progressives.” He focused on the period between World War I and World War II. Historically, it is known as the interwar period.

I don’t want to write the same type of book that somebody else might do.

As a professor of British history, an international scholar on the topic of alcohol use and a historian looking at social change, he has published more than 20 books and articles on these subjects. “Pubs and Progressives” nicely knits these interests together.

If you build it, they will come

“The brewers were trying to change the type of people you expected to see in pubs. They wanted middle-class people as customers. Brewers wanted respectability,” he says, “both for themselves and public houses.”

This aligned with the Progressive movement’s values. Progressives wanted to right social ills. They desired efficiency, discipline and order. And they sought government intervention to improve society.

You have to understand the past on its own terms.

One brewer Gutzke studied, Sydney Neville, wrote in his memoir he felt personally responsible to the general public to discourage drunkenness. 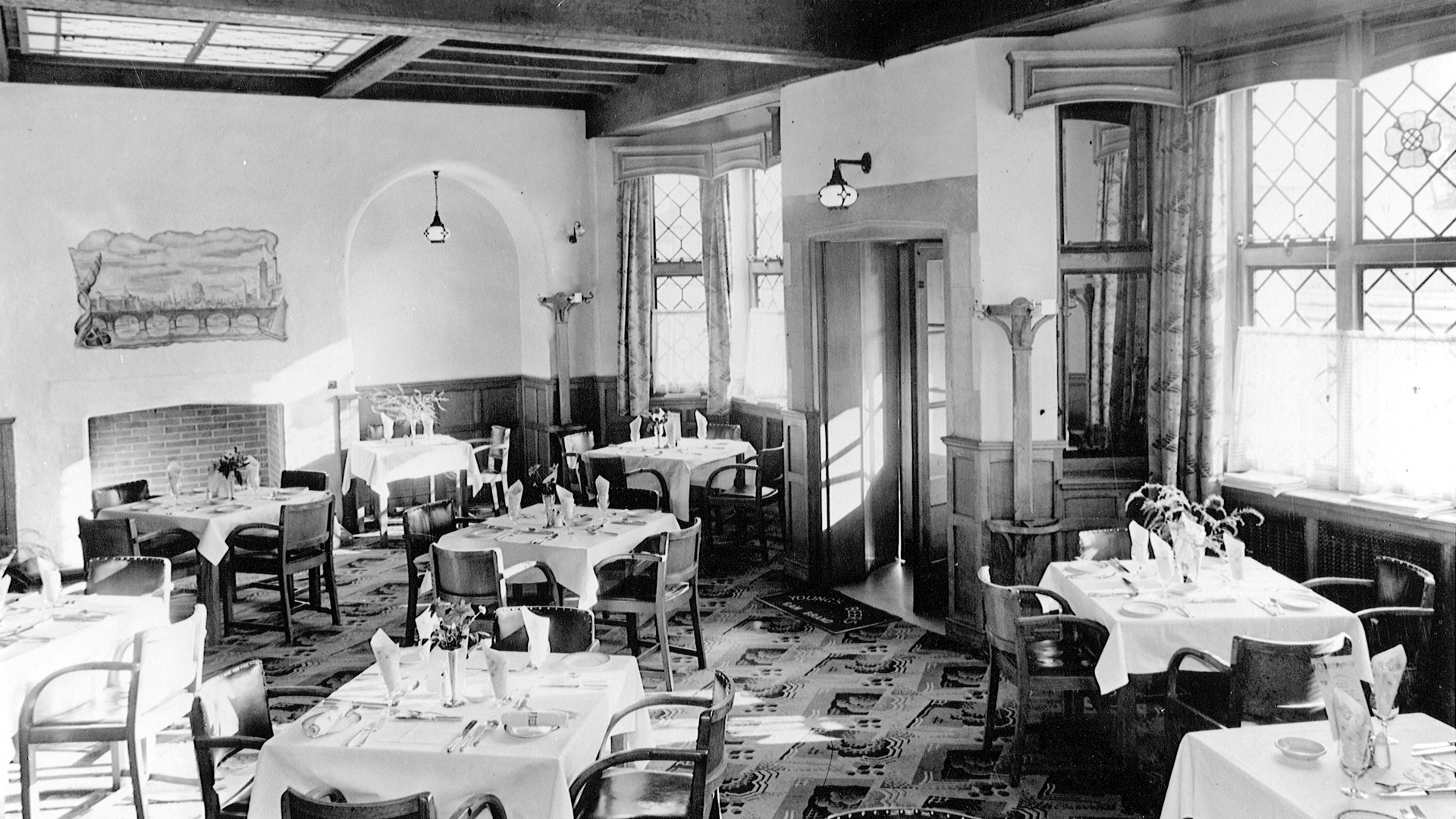 In an attempt to draw in more women or upscale clientele, brewers redecorated and expanded their offerings. Photo submitted by Dr. David Gutzke

“Before the first World War, the pub was a masculine republic. Progressive brewers were very keen to bring women in,” Gutzke said. “They believed women could act as a restraint on drunkenness.”

Then brewers expanded into offering a full menu. Food made the pub seem like a respectable place to spend time and eat dinner as a family.

You must not allow present-minded concerns to be projected into the past.

“Neville writes in the preface of his book, ‘I just hope that people come to understand what we were doing after I’m dead,’” Gutzke said.

Gutzke also gathered photos, ledgers and legal documents to see the buildings before and after renovations, as well as changes in sales over time. For “Pubs and Progressives,” he gathered data from about 6,000 pubs.

“He is a master researcher who ferreted out all sorts of records that are difficult to locate,” said Dr. William Rorabaugh, a colleague from University of Washington. “He interviewed a significant number of leaders in the alcohol industry – an industry which is perhaps understandably ordinarily very tight-lipped.” 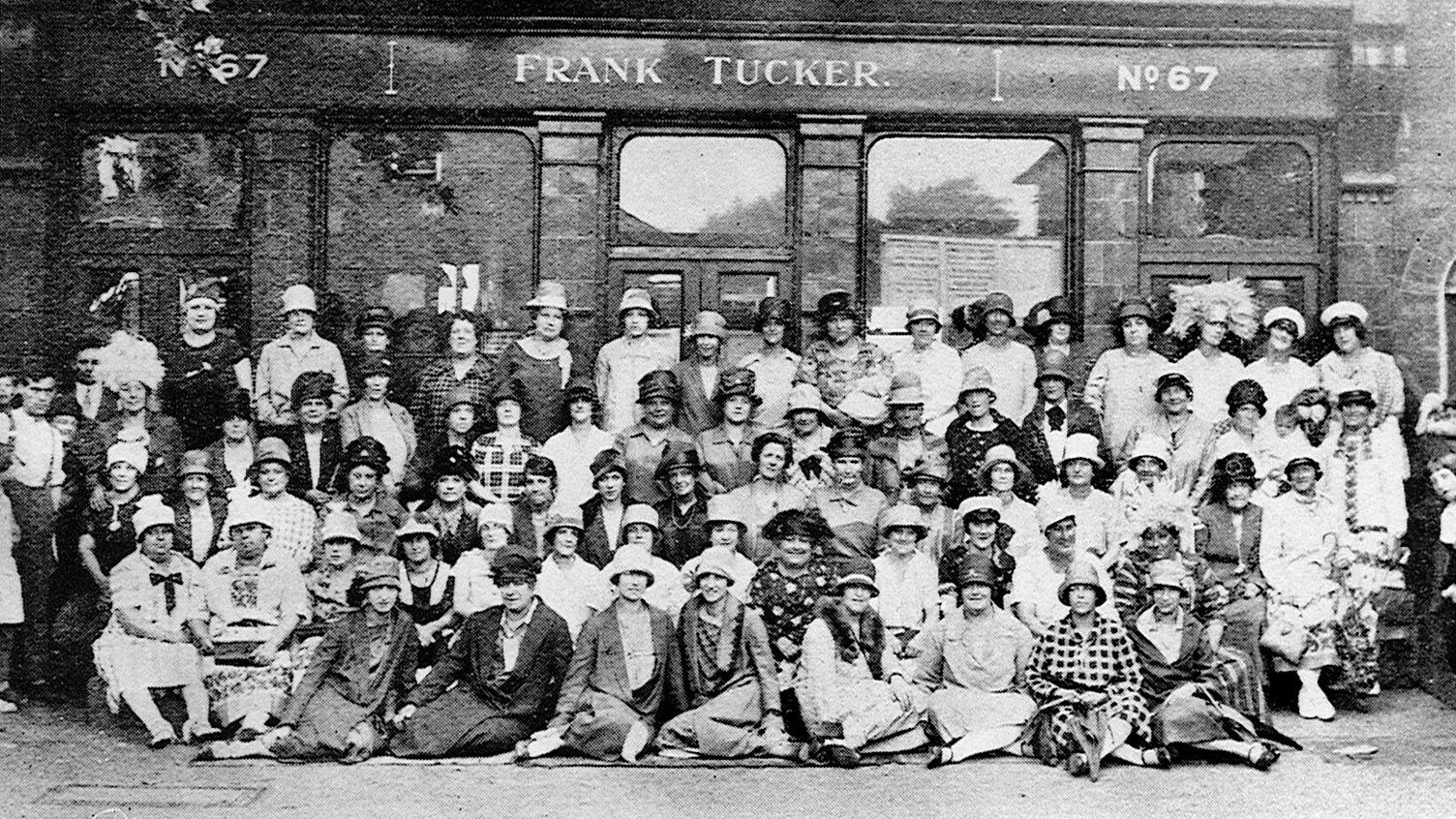 The proprietors of The Man of the World drew this large group of women to the pub in October 1928. Photo submitted by Dr. David Gutzke

“In a roundabout way, novels that aren’t trying to be historical documents can accurately depict the general public’s perception of life,” Gutzke said.

The general public, he says, thinks historians write history books to get everything factually correct for future generations.

“The truth is an abstract concept,” Gutzke added. “Historians engage in how to understand the past.”