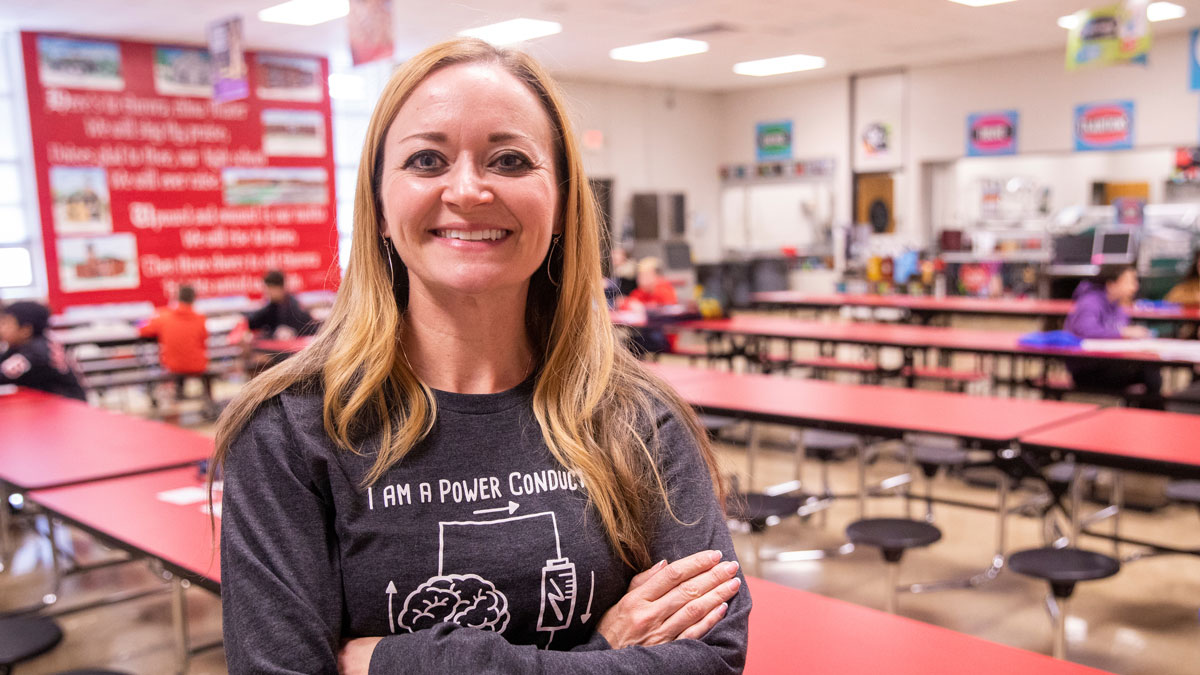 While swinging, sliding and sharing secrets, children can build lasting friendships. These activities have all the essentials for creating friendships: spending time together, building trust and developing emotional intimacy.

“Having friends, even one good one, can separate the well-adjusted child from the at-risk youth,” said Dr. Leslie Echols, assistant professor of psychology.

When a child reaches adolescence, the brain develops more and starts sorting qualities differently. Youth begin to worry more about status, Echols notes. This brings about a greater likelihood of bullying behavior, and closes the doors on some friendships.

“My two cents has always been: If you can see someone as a human, you’re much less likely to mistreat them.”

It’s not always ill-intentioned, she says: Adolescents may not realize they are hurting others as they scramble to the top.

Echols, along with her colleague Dr. Sandra Graham from University of California – Los Angeles, received a grant of approximately a half million dollars from the National Science Foundation to establish an antibullying program. They will create a positive peer-mentoring program and implement friend-building exercises, while also developing curriculum to improve the coping techniques for victims.

“Victims who end up on the worst trajectory are the ones who think, ‘It was my fault. It’s nothing I can change,’” Echols said. So part of the program will be retraining victims to attribute the bullying more appropriately, which is Graham’s specialty. “It’s reframing our thinking. What are other possible reasons this could have happened?” 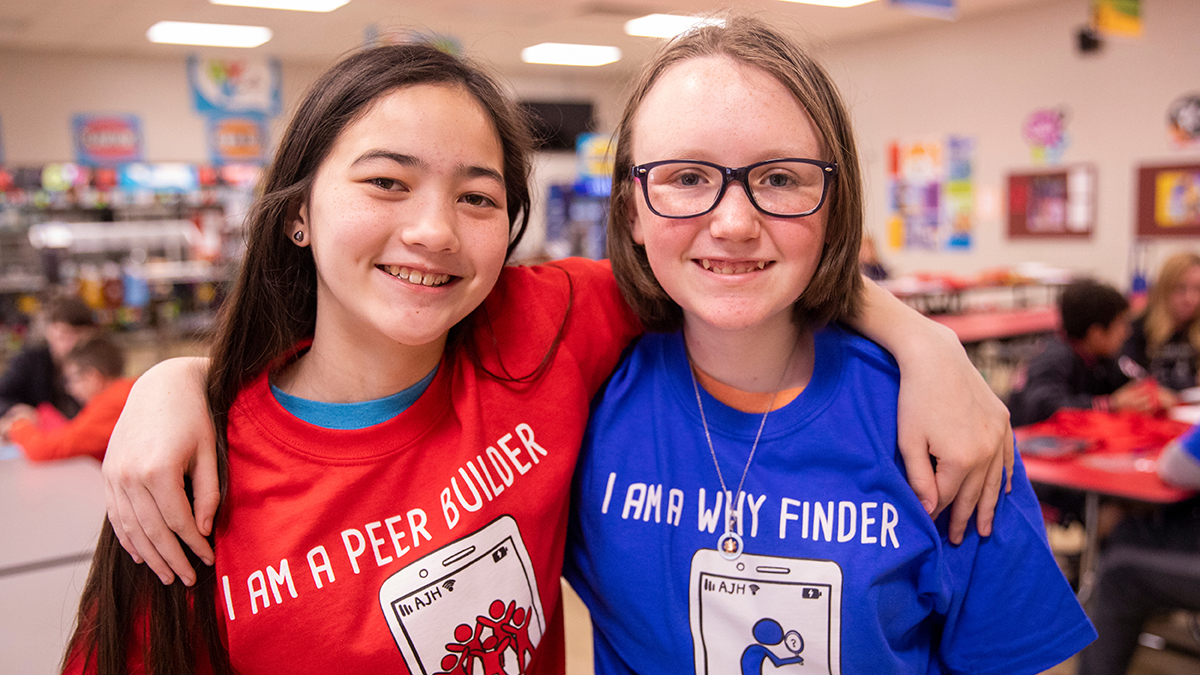 Many antibullying programs focus on the bullies’ actions or the bystanders’ abilities to take action, according to Echols and Graham.

“These kids need something special,” Graham said. “We need the whole school approach, but we also need to focus on the particular concerns of kids who are themselves a victim.”

Echols is a former elementary school teacher who nurses a soft spot for kids who don’t fit in.

“I just want kids to be happy and have opportunities for friendship like everyone else,” she said.

But previous studies revealed that middle school students start being more selective with friendships. They seek friends who are similar to them. That could be students of the same gender, race or socioeconomic status, or those who participate in the same classes, extracurricular sports or clubs.

Echols completed a study with more than 6,000 California middle school students. She mapped current relationships, connections and commonalities among students.

“It ends up being this big spider web,” she said.

She used this social network analysis to see which students were most likely to choose a friend from another racial background. 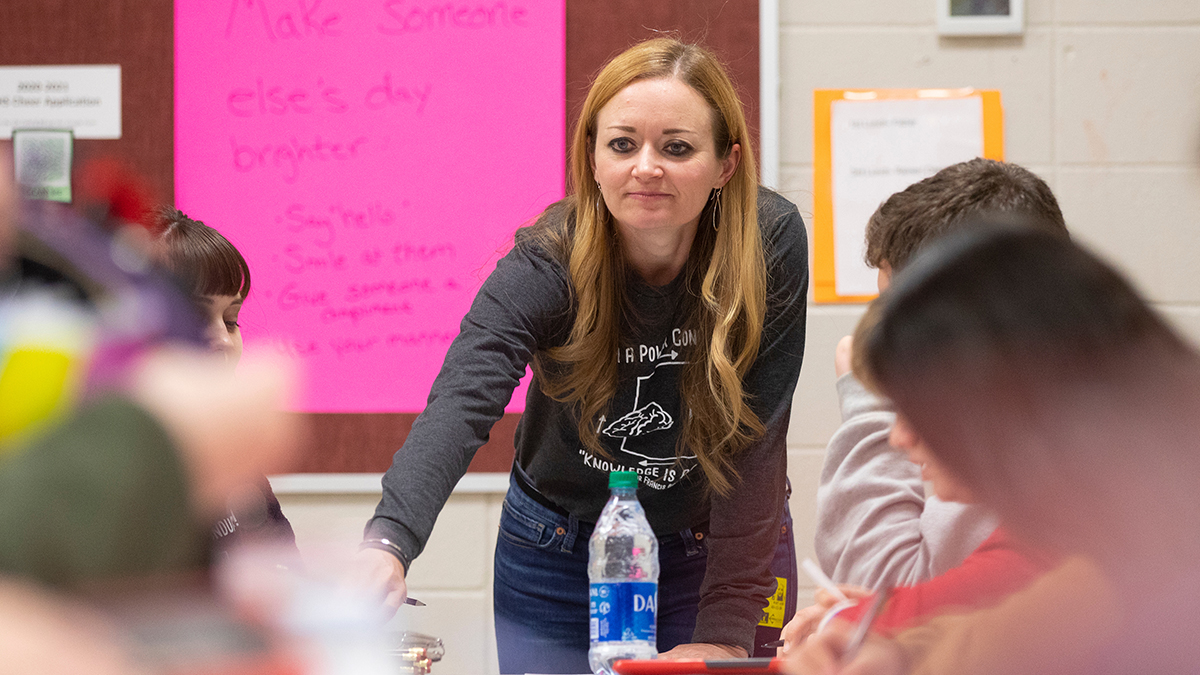 “A white teen is less likely to choose a Black peer as a friend. She is most likely to choose a white peer as her friend,” she said. “My hypothesis was that a biracial friend, who shared the racial backgrounds of the Black and white friend, would be the most common bridge between the two monoracial youth.”

“Leslie has a unique, winning combination of skills. She is incredibly talented with sophisticated quantitative analysis,” Dr. Sandra Graham said. “More than that, she approaches sensitive issues and applies creative solutions.”

This builds on social network theory’s principle of transitivity, which says that having a mutual friend increases the likelihood of becoming friends with someone.

“Having a friend in common increased the likelihood of choosing any cross-race peer as a friend,” said Echols, who published the study’s results in Child Development.

Another strong predictor was how many classes students had in common. 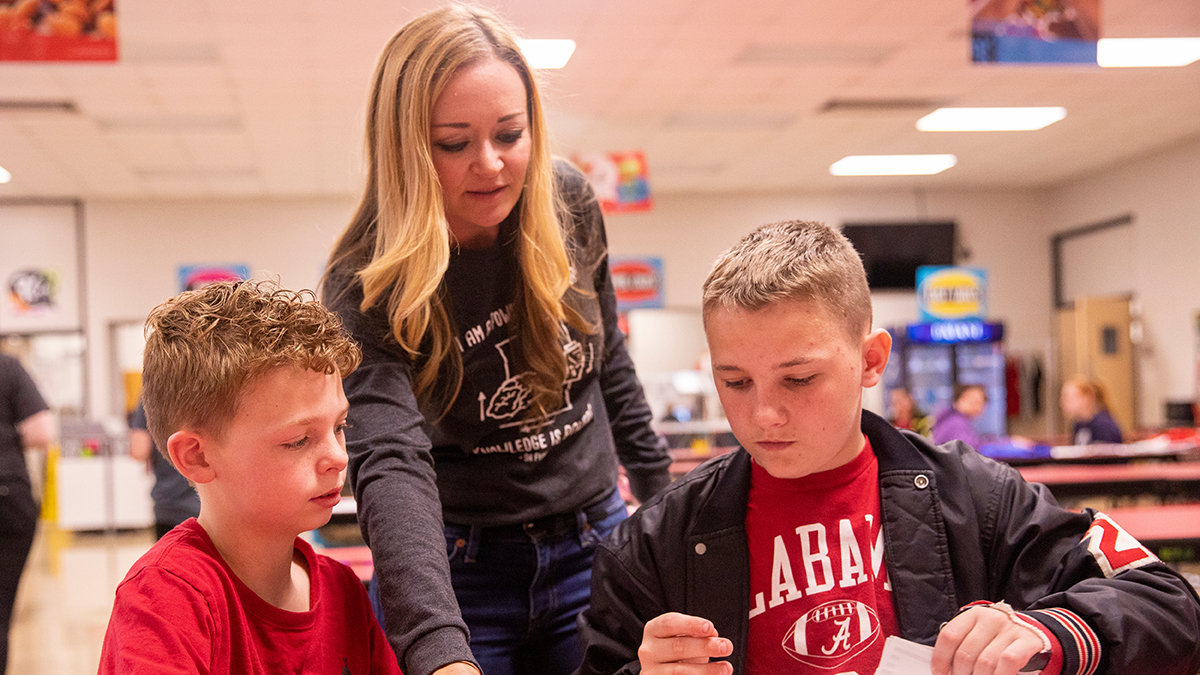 Echols wants to break down barriers and encourage friendships.

A few years ago, she initiated a study at a diverse school district in Missouri, where about 40% of the population is Latino.

“This was a great opportunity for me to look at cross race friendships and intergroup relations in these schools that have changed drastically in the past 20 years.”

Her question: How could she encourage students to build cross-race friendships?

After assessing current beliefs and evaluating withstanding relationships, she paired students. Some students had a same-race partner and some had a cross-race partner. They set aside time to intentionally get to know each other by asking open-ended questions. After a few sessions, they worked on a task that involved communication and cooperation. 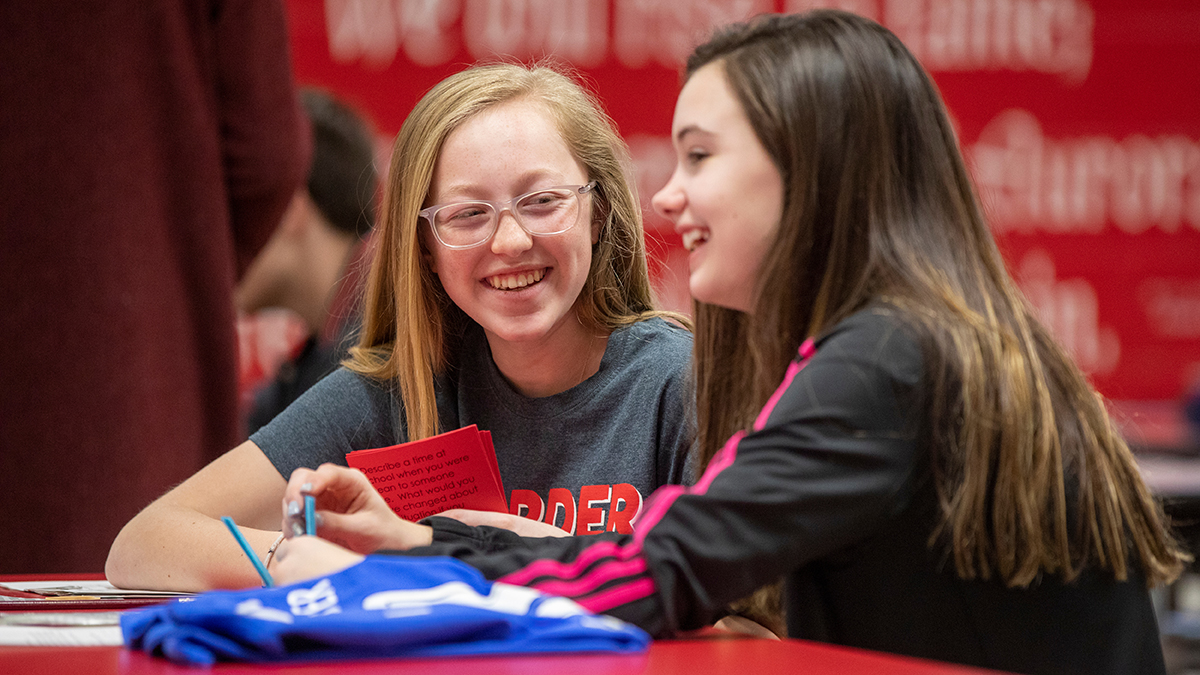 Through this program, Ashlyn Thurman, 13, left, and Aubrey Simpson, 13, have formed new friendships.

She saw real relationships develop. Even several weeks after the study concluded, surveys showed the participants ranked their partners higher among their friends and peers.

“I’ll never forget this one girl who came up to me afterward and said she’d met her soul mate, her best friend,” Echols said. “And it was someone she had gone to school with forever. She just hadn’t had the opportunity to really get to know her.”

The most promising part of the study: “There were no differences between the same-race and cross-race pairs in terms of closeness and friendship development.”